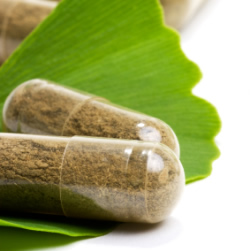 Natural Health News — The default position of many of natural medicine’s detractors is that there is no evidence that they are safe.

Last month we burst that particular bubble with a spectacular graphic that compared the risk of death in the UK to  a range of other activities like riding a bike or being poisoned by food or visiting a hospital.

Now, with the help of funding from Neal’s Yard Remedies, the  UK-based, international campaign group, Alliance for Natural Health International, has published another elegant infographic, produced by campaigner Ron Law, that shows where food supplements and herbal remedies sit in the continuum of risk of death related to a range of everyday activities throughout the European Union.

In many respects this new graphic tells a similar story of the safety of our herbs and supplements. Because it was based on data it includes different data from the first graphic and a different set of comparative data.

This has turned up some amazing facts. For instance, your risk of dying from cancer is less than half of that of dying from preventable medical injuries in hospital.

From the perspective of natural medicine, it’s also interesting that herbal remedies are more than 200,000 times less likely to kill you than a preventable medical injury in a hospital.

Overall, smoking is the riskiest activity for UK citizens, at a whopping 797,940 times greater risk than that of taking a food supplement.

Conventional drugs are the real risk

This is consistent with the previously released UK data which showed that the risk of death from pharmaceutical drugs in the UK is 62,000 times that of taking food supplements.

The closest comparisons with food supplements or herbal medicines, in terms of risk of death in the EU, are with lightning strikes and passengers who experience railway or aeroplane accidents. However, your are still 26–68 times more likely to die from these things than from taking food supplements

Like our friends at ANH International we believe that these figures highlight once again that the public safety-based justification given by European regulators and governments for increasingly restrictive legislation on ingredients and health claims for natural products is hollow.

If the authorities were genuinely interested in public safety, they would be promoting natural healthcare for all it’s worth, while clamping down on the many dubious aspects of mainstream medicine – starting with its over-reliance on poorly tested, unnecessary and dangerous pharmaceutical drugs that are greatly over-prescribed to the over-50s at risk of chronic diseases.

Taking a long, hard look at how healthcare within hospitals is handled would improve public safety considerably, but it’s difficult to see how this will be achieved without a root-and-branch overhaul of the medical systems within which those hospitals operate.

As with so many things, the first step toward change is for enough people to realise that change is needed. In this case, once the ‘public safety’ fiction that has been built up around natural healthcare is widely exposed, it will become impossible to maintain.