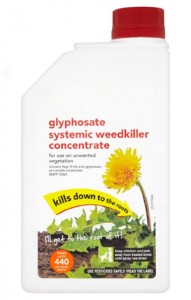 Natural Health News — A new in vitro study in human cells shows that glyphosate, the main chemical ingredient of Roundup herbicide, has an estrogenic effect that triggers the growth of human breast cancer cells.

The study, just published in the Journal of Food Chemical Toxicology, found that “low and environmentally relevant concentrations of glyphosate possessed estrogenic activity.”

As the researchers pointed out “Glyphosate-based herbicides are widely used for soybean cultivation, and our results also found that there was an additive estrogenic effect between glyphosate and genistein, a phytoestrogen in soybeans.

However, these additive effects of glyphosate contamination in soybeans “need further animal study.”

This research adds to the mounting evidence of adverse health impacts associated with glyphosate and the weed killer Roundup.

It also adds to concerns about the failure of the regulatory authorities in the US and the EU to make a more robust and impartial assessment of the evidence.

Last year a damning review of this failure, was published in the Journal of Environmental and Analytical Toxicology.

One of the authors of that review, Claire Robinson, finds this latest study especially interesting because “the German government’s report on the industry dossier of tests on glyphosate submitted for its 2002 EU approval showed that treatment with glyphosate, including at the lower doses tested, increased tumour incidence in lab animals.”

However the report dismissed the findings on the grounds that the tumours did not increase in a straight line as the dose increased (linear dose-response).

This conclusion was based on outdated scientific concepts, or put more simply ‘bad science’, but which the industry and regulators seem conveniently wedded to.

“Scientists have published papers since the 1990s showing that in the case of certain toxins, the toxic effect does not predictably increase in a straight line upwards as the dose increases (the “ski slope” pattern). Instead, some toxins can have a strong effect at a low dose and a weaker effect at a higher dose. Such nonlinear dose-response curves are often found with substances that affect the hormonal system.”

This research is published in the same week as laboratory tests, detailed in a new report from Friends of the Earth, show that glyphosate is present in urine samples of people across Europe.

Urine tests of 182 volunteers in 18 countries found that on average 44 per cent of samples contained traces of glyphosate. Of the ten samples taken in the UK, seven had weed killer traces.

The proportion of positive samples varied between countries, with Malta, Germany, the UK and Poland having the most positive tests, and lower levels detected in Macedonia and Switzerland.

All the volunteers who gave samples live in cities, and none had handled or used glyphosate products in the run up to the tests.

Glyphosate is used by farmers, local government and gardeners, as well as sprayed extensively on some genetically modified crops imported into Europe for use as animal feed.

Despite its widespread use its presence in food, animal feed or surface and ground water is rarely monitored by Governments and there is dispute over the science on which EU regulators basd their approval of the destructive herbicide for use.

Fourteen new GM crops designed to be cultivated with glyphosate/Roundup are currently waiting for approval to be grown in Europe. Approval of these crops would inevitably lead to a further increase in spraying and exposure of EU citizen’s.

Friends of the Earth Europe commissioned the laboratory tests which were carried out by Medical Laboratory Bremen:

Spokesperson Adrian Bebb said: “Most people will be worried to discover they may have weed killer in their bodies. These results suggest we are being exposed to glyphosate in our everyday lives, yet we don’t know where it is coming from, how widespread it is in the environment, or what it is doing to our health.”

“Our testing highlights a serious lack of action by public authorities across Europe and indicates that this weed killer is being widely overused. Governments need to step-up their monitoring and bring in urgent measures to reduce its use. This includes rejecting any genetically modified crops that would increase the use of glyphosate.”

Pete Riley Campaign Director GM Freeze added: “Given the growing health concerns about glyphosate this lack of vigilance is unacceptable. The European Commission needs to sort this out immediately and improve monitoring. We need to know how this weed killer is getting into our bodies and what it is doing to us and our environment.”

Yet the UK government – which claims that it is science led – continues to ignore scientific evidence of risks. This not only perverse, it is irresponsible folly.