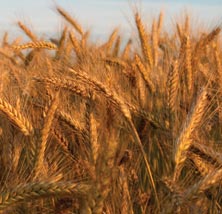 Regulatory failures and bad science means we're getting a dose of Monsanto's toxic Roundup in our daily bread - YUK!

EU approval of Monsanto’s Roundup ‘based on bad science’

Natural Health News — Fancy a  dose of pesticides with your daily bread? According to a new analysis, the poor science that regulators rely on to approve pesticides like Monsanto’s Roundup (glyphosate)means that’s just what you are getting.

The EU approved glyphosate in 2002. But a new peer-reviewed study, published in the Journal of Environmental and Analytical Toxicology, reveals that industry studies on glyphosate dating back as far as the 1980s, including some by Monsanto, showed that the chemical caused birth defects in lab animals.

At the time, German government authorities tasked with reporting on the industry studies to the EU Commission and member states played down the findings, giving a false impression of glyphosate’s safety.

Smoke and mirrors from German authorities

According to Claire Robinson, research director at the science policy platform Earth Open Source and a co-author of the study: “The German authorities introduced irrelevant data to ‘disappear’ significant findings of birth defects and even went so far as to redefine a birth defect as a ‘developmental variation’.

“As a result, Germany set – and the EU authorities accepted – a ‘safe’ level for glyphosate exposure that may not be safe at all.”

According to the UK’s Soil Association, Glyphosate is regularly found in cereals on sale in the UK. The Government’s own monitoring figures from 2009- 2011 show increasing frequency of glyphosate found in bread. An average of 24% of bread samples in the latest (2011) surveys contained glyphosate.

“We are extremely concerned with these new findings which show further evidence of harm from glyphosate. Given this year’s terrible weather during harvest, farmers are even more likely to have used Roundup on cereal crops” said Peter Melchett, Soil Association Policy Director.

The new study’s findings back those of a separate study into GMO safety published in September by a team led by Professor Gilles-Eric Seralini.

Seralini found increased incidence of tumours, mortality, and organ damage in rats fed with low levels of Roundup and a GM maize genetically engineered to tolerate the herbicide. The levels of Roundup that were toxic were well below levels permitted in drinking water and feed and thousands of times lower than have been found in British bread.

In response to Seralini’s study, the German Federal Institute for Risk Assessment, BfR, sprang to the defence of the herbicide. BfR cited the industry tests on glyphosate, which it said showed the chemical does not cause carcinogenic effects.

These industry tests, and the German authorities’ 1998 assessment of them, underpin the EU’s current approval of glyphosate.

The current analysis is the first peer-reviewed research to analyse the validity of the regulatory approval of glyphosate. The authors of the study have not seen the industry studies, which are kept secret under commercial confidentiality rules. However, they were able to examine the German authorities’ report on them as a result of an access to information request to the German government.

While the new study confines itself to birth defects, the German authorities’ report shows that the industry studies also indicated a carcinogenic effect from glyphosate. Germany dismissed this effect on the grounds that it does not follow a linear dose-response pattern: the effect does not increase in a straight line upwards as the dose increases.

Robinson said the German authorities’ dismissal of the carcinogenicity data was scientifically unjustifiable: “Seralini’s study shows that Roundup causes toxic effects in a nonlinear pattern. This is a known feature of chemicals that affect hormones. The German authorities’ actions show that that citizens cannot trust regulatory claims for the safety of glyphosate, Roundup, and the GM crops that tolerate the herbicide. They must take their own steps to minimize exposure.”

The task of assessing industry’s studies fell to Germany as the “rapporteur” member state for glyphosate, responsible for liaising between industry and EU authorities. Germany remains in this role and is currently reviewing glyphosate for the EU’s 2015 re-approval.

The new paper concludes that pesticide regulators should take a precautionary approach and undertake a new and transparent risk assessment – from independent sources as well as industry sponsored studies, with full public transparency.

Says Robinson: “It’s time to overhaul the way in which pesticides and GM foods are assessed for safety. Meanwhile the industry tests on which the approval of glyphosate is based must be made public on the internet.”

Regulatory failures and bad science means we're getting a dose of Monsanto's toxic Roundup in our daily bread - YUK!