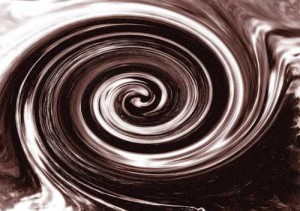 There's lots of things chocolate can do, but it can't cure cancer [Image: clarita1000 - Morguefile]

Chocolate is good, but is it really THAT good?

Our in-boxes have been positively pinging this week with the news stories about how chocolate can cure colon cancer.

You may already know that there’s lots of science to show that chocolate is good – but is it really THAT good?

To answer that question you need to go back about a decade or so.

In 2000 The Journal of Nutrition, the official journal of the American Society for Nutritional Sciences, published a lengthy review of the historical medicinal uses of Theobroma cacao – its bark, flowers, leave and, of course, the beans of which eventually become cocoa or chocolate.

It’s important to understand that many of these health claims were for largely unprocessed cocoa rather than the gooey, sticky, sugary confections that we consume so much of today. Most chocolately treats in the supermarket are about as far away as you can get from a ‘health food’.

But chocolate in its natural, unadulterated state really is something to get excited about. And in recent years the research has been pouring in.

Regular chocolate eaters will will tell you that chocolate lifts the mood. The scientific evidence largely refutes this. What most of us are experiencing, say scientists, is a rush from the added sugar and a mild endorphin lift that comes from doing something pleasurable – in this case indulging a craving or enjoying or rewarding yourself with something sweet. Any carbohydrate source that you enjoy will induce the same feeling of happiness.

Chocolate contains small amounts of caffeine and other stimulants such as theobromine which adds another type of temporary lift.

It also contains a cannaboid-like substance known as anandamide that binds to the same receptors in the body as tetrahydrocannabinol (THC, the main psychoactive chemical in cannabis).

While some people believe this is the source of the chocolate high there’s no real data to support this either. In fact it has been estimated that a person weighing 9st 3lb (130lb) would have to eat around 25lb of chocolate all in one go to get a true ‘high’ from it!

The real benefits of chocolate are less immediate than a change of mood.

Last year a large review of seven studies involving around 114,000 people was published in the British Medical Journal. The researchers looked at the link between chocolate consumption and the risk of developing ‘cardiometabolic disorders’ – heart disease, diabetes and metabolic syndrome.

What they found was that those people consuming the most chocolate decreased their risk of developing heart disease by 37% and also lowered risk stroke by 29%.

Necessary cautions about sugar intake aside, this is a pretty big finding. The reason that chocolate may be good for us is the high levels of antioxidants – specifically flavonols and polyphenols – that it contains.

Antioxidants are an important part of our diets because they help fight the damage to body tissues and organs caused by the continual exposure to pollutants, hydrogenated fats, food addtives and other harmful substances.

As the body tries to metabolise these toxins, reactive molecules called free radicals are produced.

It’s true that free radicals are produced naturally by all metabolic processes, such as breathing and digestion. But when levels get too high they can begin to attack vital tissues. Antioxidants help keep the damage to a minimum.

Chocolate’s flavonoid content is surprisingly high – a 40g (1 ¼ oz) serving of dark chocolate contains about 400 mg of antioxidants – the same as a glass of red wine.

Milk chocolate contains about half this much and white chocolate (which isn’t really ‘chocolate’ at all but a mixture of milk, sugar and fat) contains no health promoting antioxidants at all. Sorry about that white chocolate fans!

Plain unsweetened cocoa powder, according to scientists at the US Department of Agriculture (USDA), contains the highest level of flavonols, but adding sugar and milk to it substantially reduces its potency.

This was shown not long ago in a study, published in an ultra conservative, anti-alternative medicine science journal, the ironically named Nature.

The conclusion was that the right kind of chocolate taken in the right way could provide the body with the same health benefits – such as lower risk of cancer, lower blood pressure and lower risk of stroke – as antioxidant-rich fruits and vegetables.

That antioxidant boost is what has led to some of the more interesting findings about chocolate and health. For instance:

The notion that chocolate is anti-inflammatory and may help with gut health may have been a starting point for the recent animal study that everyone is talking about linking cocoa with protection against colon cancer – the fourth most commonly diagnosed cancer globally and the third  most common cancer in both the US and UK.  Animal studies, however, rarely prove anything useful for humans.  Two other laboratory studies on cocoa and the growth of cancer cells in test tubes have shown promise.

One showed that cocoa reduced the growth rate of colon cancer cells.  Another showed that breast cancer cells stopped multiplying when combined with specific flavanols from cocoa.  But even though a review in the medical journal The Lancet suggested that chocolate’s main antioxidants catechin and epicatechin are the same ones that give green tea its anti-cancer properties, it’s fair to say that evidence on the anti-cancer effects of chocolate in humans is still lacking.

Not all chocolate is the same

Chocolate can be a legitimate way to get beneficial antioxidants in your diet. But, naturally, there’s a downside. The way that most commercial cocoa powder and chocolate syrup is produced destroys its natural nutritional value.

The cacao bean and its bran have the highest polyphenol levels, but heating and processing can strip the nutritional value of the bean away and polyphenol levels in the end product can vary enormously – just like they can in teas and wines.

Exposing it to an alkali, as in Dutch chocolate, further destroys chocolate’s antioxidant content and as already shown mixing it with milk makes it hard for your body to absorb the beneficial antioxidants.

If you want to get the best out of your chocolate then consider these tips:

Reject ‘junk’ chocolate.  Avoid bars with hydrogenated or partially hydrogenated oils. These oils are added to chocolates that have had all the natural, healthy fats in them processed out. Avoid also those bars that list preservatives, flavourings or colourings, again a sign of poor quality starting ingredients and over-processing.

Less can be more.  The health benefits of chocolate can be destroyed if you overindulge. Try to limit yourself to 30g (1oz), three or four times a week.

Buy organic This guarantees your bar will be free of harmful pesticides – better for you, better for the farmer and better for the environment. Where possible also buy fair trade so that cocoa farmers get a fair living wage from their cocoa.

But most of all… enjoy the fact that for once something you enjoy, can also be pretty darn good for you too!

There's lots of things chocolate can do, but it can't cure cancer [Image: clarita1000 - Morguefile]