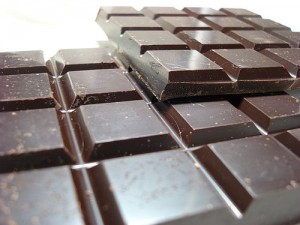 Antioxidants – are you getting what you need?

The development of many chronic and degenerative diseases, such as cancer, heart disease, and neuronal degeneration such as Alzheimer’s and Parkinson’s disease has been theorised to be caused, in part, by ‘oxidative stress’. Premature ageing has also been linked to oxidative stress.

Oxidative stress occurs in every body to a greater or lesser extent. It is the natural result of breathing in oxygen and the processes by which our cells produce energy. During these processes highly reactive oxygen molecules known as ‘free radicals’ are produced.

Free radicals interact with other molecules within the body causing damage to cells, proteins, membranes and genes. Levels of free radical in the body are influenced by, amongst other things the foods we eat and the levels of pollution and synthetic chemicals we are exposed to each day.

It is now known that free radicals can damage biological molecules such as proteins, lipids, and DNA.

While the human body has developed a number of systems to eliminate free radicals from the body, it is not 100% efficient. The antioxidants naturally present in certain foods is one way to help the body deal with the effects of free radicals.

We are learning more and more about which foods contain antioxidants. Diets rich in fruits, nuts, and vegetables, for instance, have long been considered to be an excellent source of antioxidants. A number of minerals and vitamins have a role as dietary antioxidants in addition to their other biological functions. These include vitamin C (ascorbic acid), vitamin E and its derivatives (tocopherols and tocotrienols), and selenium.

But even when you know what foods are rich in antioxidants it can still be hard to know if you are getting all that you need each day to support health and wellbeing.

Recently science has developed a way of measuring the antioxidant potential of foods; it’s called the Antioxidants and Oxygen Radical Absorbance Capacity, or ORAC test.

Anything that helps us understand more about our food, and so make better food choices, can act as a useful guideline. However, as consumers hear more about the concept of ORAC value, they may give more importance to this value than is perhaps justified.

There is currently no industry standard for measuring ORAC values; regarding food, different growing and harvesting conditions, including the season and temperature, influence the ORAC value of a particular plant by as much as fourfold. ORAC values can be influenced by how the plant material is processed including cooking, freezing and storage. Generally, organically grown food contains higher levels of phytonutrients including antioxidants than conventionally produced food.

Relatively simple assays including the ORAC were designed to measure an individual antioxidant’s capacity to neutralise free radicals in the laboratory. These antioxidant measurements do not necessarily predict how a food or product will react in the human body, or whether it will maintain antioxidant benefits when ingested.

Finally, plant-based foods contain many beneficial substances that have no relation to their ORAC value. It is simplistic to think one can make a judgment about the ideal diet or which supplement to use by ORAC value alone. Many herbs, in addition to their antioxidant properties, have an influence on other aspects of health, for better or worse.

A good example is cocoa. While coca does possess high levels of antioxidants, the high amounts of caffeine or theobromines may cause anxiety or disturb sleep patterns and could actually worsen health when misused, or consumed in the evening.

As always it’s a question of balance, and ORAC is just one tool we have to help choose a healthy diet. The USDA recommends an ORAC unit ingestion of about 3,000 to 5,000 units daily.

Eat your veggies
Recently the United States Department of Agriculture (USDA), in collaboration with the Produce for Better Health Foundation, undertook the analysis of 49 individual fruits, nuts, and vegetables (see here). This was an update of a larger 2007 survey of the antioxidant potential of 277 foods (see here).

Vegetables are arguably the most important sources of antioxidants in the average diet. In one study, twenty-seven vegetables, fifteen aromatic herbs and some spices consumed in Central Italy were studied to reveal total phenolic, flavonoid and flavanol content as well as their ORAC capacity.

Food supplements can provide a highly concentrated source of antioxidants although they should not of course replace a healthy diet. Supplements can be especially useful for anyone who is not eating enough fresh fruit and vegetables at any time.

But for most of us the food we eat is the best source of antioxidants. With the benefit of studies like the ones above we now understand how easy it can be to get the antioxidants we need through our daily diet. Small amounts of the right foods really can make a difference.  If you want to introduce more antioxidants into your daily diet take a look at our useful chart of high antioxidant foods here.