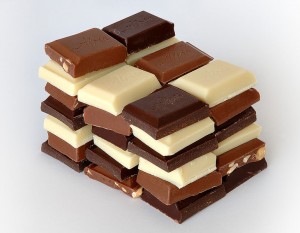 Natural Health News — Higher levels of chocolate in your diet could substantially reduce your risk of heart disease and stroke, according to a new report in the British Medical Journal.

Researchers analysed seven studies, with a total of 115,000 adult participants, that measured chocolate intake and heart health outcomes. Compared with the those who had the lowest level of chocolate consumption, those with the highest intake had 37% lower risk of heart disease and a 29% lower risk of stroke compared with individuals who ate the least amount of chocolate.

There was no benefit, however, with regard to heart failure nor was there any association between chocolate intake and the incidence of diabetes in women.

“These favourable effects seem mainly mediated by the high content of polyphenols present in cocoa products” conclude the authors. And this in turn can lead to beneficial effects on blood pressure, insulin resistance, and blood fats – all of which can influence heart health.

However, they also offer several cautions with their findings, including the fact that high levels of fat and sugar are found in most commercial preparations of chocolate.

Previous studies have shown that unsweetened dark chocolate has the highest levels of polyphenols and is therefore healthier than higher sugar milk and white chocolate types of chocolate.