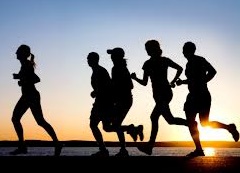 Exercise ‘as effective as drugs’ for treating common diseases

Natural Health News — Physical activity is potentially as effective as many drug interventions for patients with existing coronary heart disease and stroke, a review of evidence suggests.

Writing in the BMJ researchers at the London School of Economics and Stanford University School of Medicine say that physical activity has well documented health benefits, yet in the UK, only 14% of adults exercise regularly, with roughly one third of adults in England meeting recommended levels of physical activity.

A recent survey revealed that the same is true in the US.

In contrast, prescription drug rates in the UK continue to skyrocket, sharply rising to an average of 17.7 prescriptions for every person in England in 2010, compared with 11.2 in 2000. In the US nearly 70% of Americans are taking at least one prescription drug, more than half take two, and 20% are on five or more.

But there is very little evidence on how exercise compares with drugs in reducing the risk of death for common diseases.

So the researchers set out to compare the effectiveness of exercise versus drugs on mortality across four conditions (secondary prevention of coronary heart disease, rehabilitation of stroke, treatment of heart failure and prevention of diabetes).

In their study they analysed the results of 305 randomised controlled trials involving 339,274 individuals and found no statistically detectable differences between exercise and drug interventions for secondary prevention of heart disease and prevention of diabetes.

It has long been established that regular exercise is beneficial for health in general. Several studies have established the benefits of physical activity for arthritis, cancer, heart disease, diabetes, and respiratory diseases, among other chronic conditions.

The weight of the evidence is such that the researchers now think exercise is “potentially as effective” as drug intervention, and they suggest it “should be considered as a viable alternative to, or alongside, drug therapy.”

They argue that this “blind spot” in available scientific evidence “prevents prescribers and their patients from understanding the clinical circumstances where drugs might provide only modest improvement but exercise could yield more profound or sustainable gains in health.”

Despite this uncertainty, they say that, based on the available data, physical activity is potentially as effective as many drug interventions – and call for more trials to address the disparity between exercise and drug-based treatment evidence.

“In cases where drug options provide only modest benefit, patients deserve to understand the relative impact that physical activity might have on their condition,” they conclude.