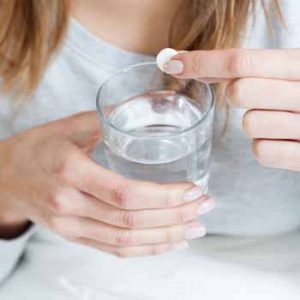 Recent users of anti-inflammatory drugs are at the highest risk of heart failure. [Photo: Bigstock]

Natural Health News – Anti-inflammatory are among the most commonly used drugs and are mainly used to alleviate pain and inflammation. Now new data, culled from a large population across Europe has found that painkillers such as ibuprofen are linked to an increased risk of heart failure.

The landmark analysis in the British Medical Journal found that NSAIDs raise risk of hospital admission for heart failure and that the magnitude of risk varied between individual NSAIDs and according to the dose prescribed.

Although not the first study to show such an association it is certainly one of the largest.

» The risk was stronger amongst those who had recently take the drugs – those who had taken the drugs in the past 19 days were 19% more likely to be admitted to hospital with heart failure.

» While this is not the first study to links NSAIDs with heart problems it is the largest and highlights the problems of a whole class of drugs that was brought to market without comprehensive testing or regulatory oversight.

The risk of admission for heart failure increased for seven traditional NSAIDs (diclofenac, ibuprofen, indomethacin, ketorolac, naproxen, nimesulide, and piroxicam) and two COX-2 inhibitors (etoricoxib and rofecoxib). The increased risk of hospital admission ranged from 16% for naproxen to 83% for ketorolac.

By contrast with other selective COX-2 inhibitors (eg, rofecoxib, etirocoxib), celecoxib were not associated with increased risk of heart failure. But celecoxib was used mostly in low doses, so the safety of higher doses of celecoxib remains unexplored.

The researchers say that the new data “offers further evidence that the most frequently used individual traditional NSAIDs and selective COX 2 inhibitors are associated with an increased risk of hospital admission for heart failure. Moreover, the risk seems to vary between drugs and according to the dose.”

Earlier this year an analysis in the European Heart Journal found that Cox-2 inhibitors also increased the risk of other health problems including ulcers and increased blood pressure.

Also in 2014 an analysis in the journal Rheumatology found that NSAID use (aspirin and ibuprofen) almost double the risk for deep vein thrombosis (DVT) and pulmonary embolism, two lethal conditions.

An accompanying editorial to the latest study says “NSAIDs were first introduced over a century ago and most of the commonly used NSAIDs were registered in an era with few requirements for safety documentation. Therefore, for most of these drugs, there is an alarming lack of randomised studies addressing their safety.”

Recent users of anti-inflammatory drugs are at the highest risk of heart failure. [Photo: Bigstock]