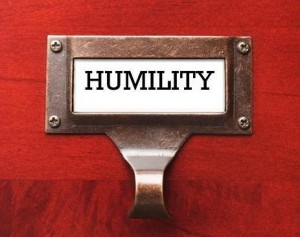 Humility has an intellectual componenent we don't often acknowledge

Cultivating humility – beyond lack of pridefulness

Natural Health News — Before Charlotte the spider spelled the word “humble” in her web to describe Wilbur the pig, she told Templeton the rat that the word meant “not proud.”

That’s probably what most people say if you put them on the spot. But, according to a new study, with seasonal overtones,  if you give them time to think about it deeply, other themes emerge that have a lot to do with learning.

And these intellectual dimensions of humility describe the spider as well or better than the pig.

“Wilbur has many of the dimensions of humility in general: regard for others, not thinking too highly of himself — but highly enough,” said Peter Samuelson, the lead study author. “Charlotte shows some of the unique aspects of intellectual humility: curiosity, love of learning, willingness to learn from others.”

Samuelson is a psychologist at Fuller Theological Seminary who embarked on a new voyage for academia: a bottom-up exploration of what it really means to be humble. Samuelson teamed up with Brigham Young University psychologist Sam Hardy.

For his part, Hardy utilized a statistical technique called multi-dimensional scaling that made sense of open-ended responses from the 350 study participants recruited from Amazon’s “Mechanical Turk.”

“This is more of a bottom-up approach, what do real people think about humility, what are the lay conceptions out there in the real world and not just what comes from the ivory tower,” Hardy said. “We’re just using statistics to present it and give people a picture of that.”

Samuelson says the two clusters of humble traits — the social and intellectual — often come as a package deal for people who are “intellectually humble.” Because they love learning, they spend time learning from other people.

“In many ways, this is the defining feature of intellectual humility and what makes it distinct from general humility,” said Samuelson.

The new study appears in The Journal of Positive Psychology.

Humility has an intellectual componenent we don't often acknowledge