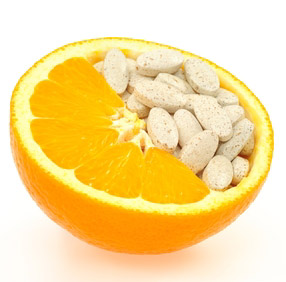 Natural Health News — Vitamin C can help reduce the severity and duration of the common cold and, scientists say, it may be worth more of us self supplementing to stay healthy.

In this latest meta-analysis (that is, an analysis of the conclusions of several studies) of randomised, double-blind trials researchers  looked at placebo-controlled trials testing 0.2 g/day or more of vitamin C. Based on 29 trials involving 11,306 people, the researchers concluded that regular supplementation appeared to have little effect on the incidence of common cold incidence in the general population,  with regular users just 3% less likely to develop a cold than those who didn’t use vitamin C.

But certain vulnerable groups did benefit.

For instance, based on 31 studies involving 9745 common cold episodes, regular supplementation had a modest but consistent effect in reducing the duration of common cold symptoms. These trials showed that in adults the duration of colds was reduced by 8% and in children by 14%. In children, 1-2 g per day vitamin C shortened colds by 18%.

Colds are shorter and less severe with regular vitamin C

The severity of colds was also reduced by regular vitamin C,  In five trials with 598 participants exposed to short periods of extreme physical stress (including marathon runners and skiers) vitamin C halved the common cold risk. The published trials have not reported adverse effects of vitamin C.

Seven trials in the review examined the effect of therapeutic vitamin C  on 3249 episodes of the common cold. No consistent effect of vitamin C was seen on the duration or severity of colds in these trials. But among these was one large trial with adults reported benefit from an 8 g therapeutic dose at the onset of symptoms, and two therapeutic trials using five-day supplementation reported benefit.

The common cold is a major cause of visits to a doctor in the West as well as absenteeism from work and school. There are over 200 viruses which can cause the common cold symptoms including runny nose, congestion, sneezing, sore throat, cough, and sometimes headache, fever and red eyes.

Symptoms vary from person to person and cold to cold. Since the common cold is usually caused by one of the respiratory viruses, antibiotics are useless and this is what fuels the search for effective alternatives.

Vitamin C has long been recommended for treating respiratory infections since it was isolated in the 1930s. It became particularly popular in the 1970s when Nobel laureate Linus Pauling concluded from earlier placebo-controlled trials that vitamin C would prevent and alleviate the common cold.

While it is clear from the review in the Cochrane Database of Systematic Reviews that mega-doses of vitamin C are not necessary or even helpful, according to the authors, given the consistent effect of vitamin C on the duration and severity of colds in the regular supplementation studies, and the low cost and safety, it may be worthwhile for common cold patients to test on an individual basis whether therapeutic vitamin C is beneficial for them.