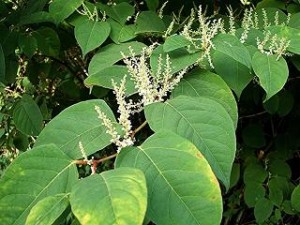 A concentrated source of resveratrol, Japanese knotweed is used instead of grape skins by many supplement manufacturers

Natural Health News — Resveratrol, an antioxidant compound found in red grape skins, has been found to improve short-term memory, according to a new study.

The new study included 46 men and women aged between 50 and 75 who took either 200 mg per day of resveratrol or a placebo for 26 weeks.

Data from memory tests and neuroimaging performed before and after the study period indicated that those who took the resveratrol supplements had better short-term recall and more connections among brain areas involved in memory than those who took a placebo.

Resveratrol supplementation was also associated with decreased levels of  a substance called glycated hemoglobin (HbA1c), which is a marker of long-term presence of excess glucose in the blood, compared with placebo. Thus, say the scientists, sugar metabolism may be linked to brain connectivity and memory.

The study was published in the Journal of Neuroscience.

Brain and other benefits

Resveratrol, a powerful polyphenol and is often touted as the bioactive compound in grapes and red wine, and has particularly been associated with the so-called ‘French Paradox’ – the explanation for why rates of heart disease are lower than average in France, while diets are higher than average in fats.

Aside from red wine and grapes, resveratrol is also found contained in dark chocolate, peanuts and blueberries. The invasive weed species Japanese knotweed is also a rich source.

A 2010 paper published in the American Journal of Clinical Nutrition reported that a single dose of 250 or 500 milligrams of resveratrol may boost blood flow in the brain but did not affect cognitive performance. Animal studies, too, suggest brain benefits; resveratrol has been shown to  improves spatial memory in rodents and non-human primates.

A November 2012 research showed that red wine and red grapes have positive effects in the reduction of prostate cancer. Earlier this year a US study found that resveratrol can help balance glucose levels in overweight individuals

Great for skin too

Nevertheless, the antioxidant is increasingly being used by skincare companies due to its anti-ageing properties. Applied topically resveratrol is has been shown to be a more potent antioxidant than vitamins E and C.

In one study the antioxidant strength of 1% resveratrol was compared to that of 1% idebenone, a powerful pharmaceutical antioxidant (and synthetic version of Co-Q10), the benefits of which include protecting the skin from environmental damage, improving the appearance of fine lines and wrinkles, improving dryness and skin texture. Resveratrol was shown to have a 17-fold higher antioxidant capacity than the idebenone.

Not all studies are positive however. For example, earlier in 2014 a study of elderly Italians who were not on any particular diet but for whom wine drinking was the norm found that they lived no longer than and were just as likely to develop cardiovascular disease or cancer. While the participants’ diets may have contained more resveratrol than that of non-wine drinkers it was by no means definitive and did not reflect any benefits to be had from supplementation.

A concentrated source of resveratrol, Japanese knotweed is used instead of grape skins by many supplement manufacturers