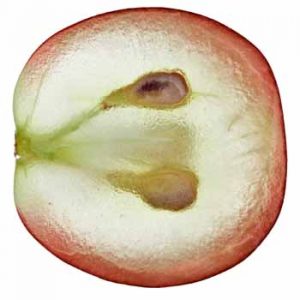 Supplementing with grapeseed extract, rich in specific antioxidants, can help repair some of the damage. {Photo: Bigstock]

Natural Health News — There’s plenty of evidence that a high-fat/high-carbohydrate diet – or Western diet – can cause inflammation in the gut. But new evidence suggests that grapeseed extract, rich in specific antioxidants, can help repair some of the damage.

According to researchers from the Universitat Rovira i Virgili in Tarragona, Spain copious evidence now suggests that gut inflammation is associated with, and could even lead to, altered regulation of body weight and blood sugar balance.

Inflammation in the gut makes it easier for toxins to get past the gut’s natural barrier and into the intestinal lining. From there they gain access to the circulatory system where they can cause systemic inflammation.

Their new research, published in Molecular Nutrition and Food Research, indicates that a grape seed proanthocyanidin extract (GSPE) may protect against this.

In an animal study the scientists fed 36 rats on a Western diet for 15 weeks and then divided them into one of four supplementation groups, receiving 0 mg/kg (control dose), 5 mg/kg (low dose), 25 mg/kg (medium dose) or 50 mg/kg (high dose) of GSPE for an additional three weeks.

» Copious evidence suggests that a typical Western diet high in fat and unrefined carbohydrates can damage the lining of the gut.

» This damage can lead to a ‘leaky gut’ that allows toxins to gain access to the intestines, and from there the blood stream, where they are associated with a range of health issues including obesity and diabetes.

» In an animal study Spanish researchers found that supplemental grape seed extract, at levels at or above what can be obtained by the human diet, can help repair a leaky gut and reduce levels of obesity.

The medium dose is one similar to the dietary proanthocyanidin intake in humans, explained the researchers, while the high dose would exceed the normal human dietary intake.

Results showed that intestinal inflammation, significantly increased in the control animals, but these increases were reduced in those receiving the grape seed supplement.

In addition, significant reductions in blood levels of reactive oxygen species (free radicals) were seen in the medium and high dose groups, compared to the control group.

Another important finding of the study was that the GSPE also improved the permeability of the intestinal barrier making it harder for toxins to get in. This ‘leaky gut’ was, according to the study, associated with a much higher rate of overweight and higher circulating levels of triglycerides in the animals.

“…given the importance of having a healthy barrier function, dietary interventions that can modulate the intestinal permeability might afford an effective tool for the prevention and treatment of metabolic diseases associated with obesity” they said.

“Based on these findings, our data suggest that nutritional and/or therapeutic interventions focused on gut health and modulation of the intestinal permeability should be extensively explored in the context of obesity.”

Supplementing with grapeseed extract, rich in specific antioxidants, can help repair some of the damage. {Photo: Bigstock]