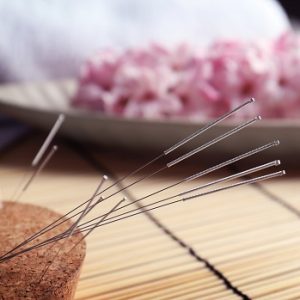 Natural Health News — Patients with hypertension treated with acupuncture experienced drops in their blood pressure that lasted up to a month and a half, researchers with the Susan Samueli Center for Integrative Medicine have found.

Their human study is the first to scientifically confirm that this ancient Chinese practice is beneficial in treating mild to moderate hypertension, and it indicates that regular use could help people control their blood pressure and lessen their risk of stroke and heart disease.

» Hypertension if left untreated raises the risk of heart disease, stroke and even dementia

» In this study human volunteers with high blood pressure received electroacupuncture at either active or inactive acupoints.

» Results showed that the electroacupuncture at active sites lowered both systolic and diastolic blood pressure in 70% of those treated and that this effect lasted for more than a month.

“By using Western scientific rigor to validate an ancient Eastern therapy, we feel we have integrated Chinese and Western medicine and provided a beneficial guideline for treating a disease that affects millions in the US.”said Dr. John Longhurst, a University of California, Irvine cardiologist and former director of the Samueli Center.

Longhurst and his colleagues conducted tests on 65 hypertensive patients who were not receiving any hypertension medication. Separated randomly into two groups, the subjects were treated with electroacupuncture – a form of the practice that employs low-intensity electrical stimulation – at different acupoints on the body.

The results were published in the journal Medical Acupuncture.

Also in this group, the team identified significant declines in blood concentration levels of norepinephrine (41%), which constricts blood vessels and increases blood pressure and glucose levels; and renin (67%), an enzyme produced in the kidneys that helps control blood pressure. In addition, the electroacupuncture decreased aldosterone (22%), a hormone that regulates electrolytes.

No consequential blood pressure changes were found in the group of 32 who received electroacupuncture at other acupoints along the forearm and lower leg.

Although the blood pressure reductions  were relatively small – mostly in the 4-to-13-mmHg range – the researchers noted that they were clinically meaningful and that the technique could be especially useful in treating systolic hypertension in patients over 60.

“Because electroacupuncture decreases both peak and average systolic blood pressure over 24 hours, this therapy may decrease the risk for stroke, peripheral artery disease, heart failure and myocardial infarction in hypertensive patients,” Longhurst said.