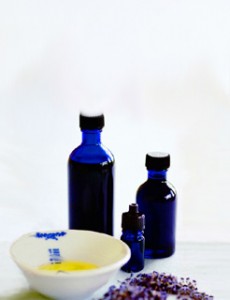 Natural Health News – Two recent studies have shown that aromatherapy, whether by inhalation or massage, can lower blood pressure and improve sleep quality.

In the first study, published in the journal Evidence Based Complementary  and Alternative Medicine, patients with diagnosed coronary artery diseases, who underwent a stent insertion during coronary angiography, were allocated to either an aromatherapy group or a standard nursing care group.

The aromatherapy treatment consisted of 10 deep inhalations of an essential oil blend (lavender, Roman chamomile and neroli essential oils in a 6:2:0.5 ratio) 2 drops of which had been dropped on aroma stones, before and after the procedure. In addition the aroma stone was placed under the patient’s pillow until the following morning.

Compared to standard nursing care, treatment with aromatherapy effectively reduced the anxiety levels and increased the sleep quality in those who received it.

Similar findings in another study

In a second study in the same journal a once a week massage and the use of a body cream containing essential oils prescribed by an aromatherapist once a day helped lower blood pressure and improved sleep quality in middle-aged hypertensive women.

In this study the women were allocated into the aromatherapy massage group, the placebo group and the no-treatment control group. Interestingly the placebo group also received a massage and a body cream but with synthetic fragrance in it.

The aromatherapy massage oil and body cream used a blend lavender, marjoram, ylang-ylang, and neroli (in a ratio of 20:10:15:2 diluted to 3% in both products)

Blood pressure, pulse rate, sleep conditions, and 24-hour ambulatory blood pressure were monitored before and after the experiment.

The investigators noted significant differences in blood pressure and sleep quality among the groups. For instance the aroma massage group showed an approximate reduction of 15mmHg in systolic blood pressure, more than double the 6mmHg reduction seen in the placebo/synthetic fragrance group. Reductions in blood pressure were quickly apparent immediately after the use of the aromatherapy blend.

In terms of sleep quality, the aromatherapy massage group showed an improvement, while the placebo and no-treatment groups failed to do so. Other benefits were less pronounced.