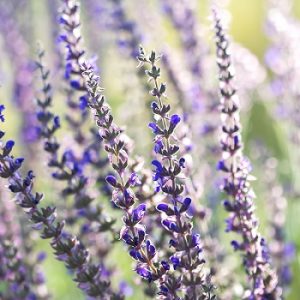 Natural Health News — New research has shed some light on the way that certain essential oils can affect blood pressure.

Their findings, published in the Journal of Alternative and Complementary Medicine, show that the group that inhaled clary sage oil experienced a significant decrease in systolic blood pressure compared with both those who inhaled lavender oil and control groups.

Those who inhaled lavender oil showed an increase in their systolic and diastolic blood pressure compared with the control group.

Clary sage has been used in medicine for much of recorded history and its use can be traced back to around 400 BC – in the writings of  Theophrastusis It is also mentioned by Dioscorides and Pliny The Elder in around 100 BC.

Lavender has been used in medicine for centuries and is well known for its scent and for its relaxing effect upon the nervous system.

The researchers concluded that despite it’s anti-stress properties lavender oil inhalation may be helpful in situations, such as medical interventions, where keeping blood pressure low is considered advantageous. In such situations Clary sage is a better choice.