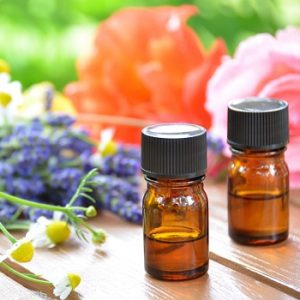 Natural Health News — Abdominal massage with essential oils can decrease pain and excessive menstrual bleeding, according to a new study.

Managing painful periods and/or heavy bleeding is a common issue for women – especially during periods of additional stress and in the pre- and peri-menopausal years.

In fact, some studies suggest that many as 93% of women experience menstrual cramps, and up to 26% experience severe pain.

Conventional medicine has provided an array of pain medications to help temporarily alleviate pain – but some of these also come adverse effects ranging from stomach upset to liver damage.

In this small trial published in the journal Evidence Based Complementary and Alternative Medicine, Egyptian researchers studied 95 female nursing students between the ages of 17 and 20 years old. Before the treatments began, the students were randomised and their levels of pain and bleeding assessed over one complete menstrual cycle.

After the initial assessment, for seven days prior to each woman’s period, the researchers gave each woman a 10-minute abdominal massage once per day. On one group the researchers used a blend of essential oils in an almond oil base; on the other they used the neat almond oil.

Each woman was assessed on the first, second and third day of menstruation bleeding and after one cycle of massage treatment, the two groups switched treatments.

At the end of the study, the researchers found that those given the essential oil massages had significantly less pain and bleeding than the control group.

After switching treatments pain reduction in the second group of women was similar, except that the third day’s pain was 57% less than those in the control group.

In both phases of the trial period pains were shorter in duration for the women in the massage group. Among those who had excessive bleeding the essential oil massage helped restore normal blood flow by the third day of menstruation.

Not an isolated finding

A previous 2006 study in Korea, involving 67 students also found that menstrual pain and severity of bleeding were reduced significantly among women massaged with the essential oils compared to massage with just almond oil or no treatment.

Both of the above studies confirm that while massage may be useful, daily massage with carefully selected essential oils can significantly reduce a significant amount of pain and excessive bleeding in menstruation.