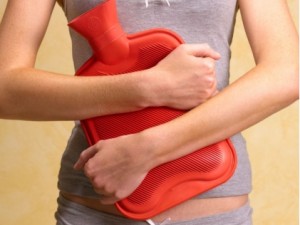 Q — I suffer badly from PMS, in particular from emotional symptoms. Can you recommend some natural remedies that can help?

A — Hormonal changes are occurring all the time in women of menstruating age, and each woman’s response will vary according to her constitution and the general well-being of her body and emotions.

Premenstrual syndrome (PMS) affects about 90% of women at some point in their lives, with a significant proportion of these suffering regularly from severe and debilitating symptoms. In other words, it is a fact of life rather than a ‘disease’.

PMS comes with a host of physical as well as emotional symptoms.

There’s no standard template for how to deal with PMS, for some some symptoms lessen as they get older, or after pregnancy. Others can experience uncomfortable symptoms throughout their reproductive life.

Before you reach for something stronger, or decide to lock yourself away for a few days, why not try some natural remedies to help you cope?

For example, in recent a small study, women were given a few short sessions lavender aromatherapy during the late-luteal phase, or about seven days before menstruation.

Before each session, the women’s brain activity was monitored by electrocardiograph (ECG) and they were, in addition asked to fill in a questionnaire to rate the severity of six emotional states: tension-anxiety, depression-dejection, anger-hostility, vigour, fatigue and confusion.

Results showed that inhaling lavender essential oil from a diffuser for 10 minutes resulted in a significant improvement in two common premenstrual symptoms, depression-dejection and confusion, and that this improvement lasted for up to 35 minutes after the aromatherapy session.

The following suggestions will help with the most commonly experienced physical symptoms that occur premenstrually, mainly due to salt and water accumulating in the tissues as a response to the hormonal changes preceding menstruation.

In addition to lavender the following essential oils can be very helpful:

Clary sage, geranium, rose Add two drops of each to 20mls of a vegetable oil base and use as a massage oil to soothe symptoms of stress and discomfort. Or add one drop of each to a warm bath.

Juniper Dilute three drops in 10mls of vegetable oil base and massage in, or add two drops to a bath for a diuretic effect.

Several herbs can exert a balancing effect on hormones as well as helping to calm emotions. Try:

Agnus castus, Chinese angelica These herbs have the effect of stabilising the hormones. Combine and make a decoction or take as a tincture (one tsp of the combined tinctures in 25mls of water). Drink one cupful of either three times a day as a course of treatment for up to three months. Do not use Chinese Angelica during pregnancy or breastfeeding unless prescribed by a qualified practitioner. Agnus castus has been shown in clinical trials to provide effective relief for the symptoms of PMS.

Motherwort, Passiflora, Skullcap Drink a combination of these herbs as an infusion or a tincture (one tsp in 25 mls of water) three times a day when there are symptoms of anxiety and stress present. Do not use motherwort during pregnancy or breastfeeding unless prescribed by a qualified practitioner.

Cramp bark This may be taken if there are cramping pains present.

Dandelion leaves One cupful of an infusion drunk three times a day can be used as a diuretic to ease bloatedness and other symptoms of water retention.

Homoeopathic remedies can help deal with the distressing symptoms of PMS. It’s best to consult a homoeopath for constitutional treatment.

Flower essences will undoubtedly be of assistance by working on the emotional causes of PMS. It is best to refer to the appropriate literature, and choose the remedies that most match your needs.

The mineral magnesium may also be helpful. In one study 250 mg of magnesium a day over a 3-month period led to around a 35% reduction in PMS symptoms. Green leafy vegetables, such as spinach, legumes, nuts, seeds, and whole grains, are good sources of dietary magnesium

Deficiencies in calcium and B vitamins (thiamine, riboflavin) may be associated with PMS. Aim for 100mg and 100mg per day respectively.

B6 rich foods include meats, oily fish, poultry, whole grains, dried fortified cereals, tofu, avocados, baked potatoes with skins, watermelon, plantains, bananas, peanuts, and brewer’s yeast (though if you are prone to candida vaginitis you should not increase your intake of dietary yeast).

As with so many problems, alleviating PMS is usually a process that will be influenced, for better or worse, several lifestyle factors. In particular, the symptoms of congestion and irritability may benefit from a cleansing ‘nature cure’ diet combined with remedies to balance the hormones.

Eating too much salty food, which can cause bloating and fluid retention. Likewise drinking too much alcohol and caffeinated beverages; alcohol can worsen PMS symptoms and may even increase the risk for prolonged cramping (dysmenorrhea) during your period.

Stress can worsen PMS symptoms; exercise can help reduce stress and has the added benefit of lifting mood and boosting energy levels.