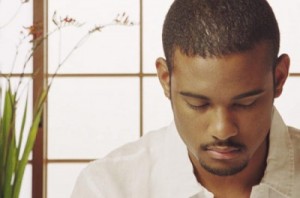 In high risk groups, such as people if Afro American descent, Trancendental Meditation can lower the risk of premature death from heart disease in high risk people

Natural Health News — Practicing meditation does more than just give you a happy glow. New evidence suggests it can reduce the risk of premature death from heart disease in vulnerable individuals.

For the study, researchers randomly assigned 201 African American people to participate in a Transcendental Meditation stress-reducing program or a health education class about lifestyle modification for diet and exercise.

Research shows that African Americans have a 50% higher incidence of heart failure than other races, and it develops at younger ages. In addition, the group had other risk factors for heart disease:

Those in the meditation program sat with eyes closed for about 20 minutes twice a day practicing the technique, allowing their minds and bodies to rest deeply while remaining alert.

Participants in the health education group were advised, under the instruction of professional health educators, to spend at least 20 minutes a day at home practicing heart-healthy behaviours such as exercise, healthy meal preparation and nonspecific relaxation.

Researchers evaluated participants at the start of the study, at three months and every six months thereafter for body mass index, diet, program adherence, blood pressure and cardiovascular hospitalisations.

Cutting the risk in half

They found that those who practiced Transcendental Meditation regularly were 48% less likely to have a heart attack, stroke or die from all causes compared with African Americans who attended a health education class over more than five years, according to new research published in the American Heart Association journal Circulation: Cardiovascular Quality and Outcomes.

Those practicing meditation also lowered their blood pressure by, on average, 5mm Hg, and reported less stress and anger. And the more regularly patients meditated, the greater their survival, said researchers who conducted the study at the Medical College of Wisconsin in Milwaukee.

Both groups showed beneficial changes in exercise and alcohol consumption, and the meditation group showed a trend towards reduced smoking. Although, there were no significant differences between the groups in weight, exercise or diet.

Accessing the body’s own pharmacy

“We hypothesised that reducing stress by managing the mind-body connection would help improve rates of this epidemic disease,” said Robert Schneider, MD, lead researcher and director of the Institute for Natural Medicine and Prevention in Fairfield, Iowa. “It appears that Transcendental Meditation is a technique that turns on the body’s own pharmacy – to repair and maintain itself.”

He added that “Transcendental Meditation may reduce heart disease risks for both healthy people and those with diagnosed heart conditions,” said Schneider, who is also dean of Maharishi College of Perfect Health in Fairfield, Iowa.

“The research on Transcendental Meditation and cardiovascular disease is established well enough that physicians may safely and routinely prescribe stress reduction for their patients with this easy to implement, standardised and practical programme,” he concluded.

In high risk groups, such as people if Afro American descent, Trancendental Meditation can lower the risk of premature death from heart disease in high risk people