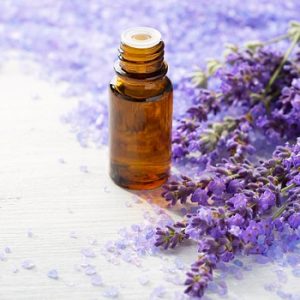 Lavender is safe and effective and has multiple uses in aromatherapy. [Photo: Bigstock]

Lavender – the essential oil for every home

Lavender is the most versatile of all the essential oils.

It is stimulating and relaxing, antiseptic, anti-fungal, refreshing and so mild that, unlike some essential oils, it can be used neat on the skin.

Aromatherapy with lavender oil is used to treat a wide range of ailments including stress, anxiety, depression, fatigue, motion sickness and hypertension. A mainstay of aromatherapy massage for adults and babies, the oil is used to reduce anxiety, treat colic and stimulate the appetite. Combined with peppermint essential oil it is an effective way to help relieve tension headaches.

Burning lavender oil does not appear to affect its composition, which means that using it in an oil burner or aromatherapy candle may produce similar benefits to inhaling the vapour of the unheated essential oil.

So popular has the fresh scent of lavender become that it is now in a wide variety of everyday products such as  perfumes, soaps, bath and talc powders, candles and scented sachets. Small amounts are sometimes used to flavour teas and foods, such as in the French seasoning Herbs de Provence.

Although considered a modern therapy, the use of essential oils in healing actually began in the 1930s. Even then lavender was at the forefront of healing. When French chemist René Maurice Gattefosse coined the term aromatherapy it was as a result of his fascination with the benefits of lavender oil in healing his burned hand without leaving any scars.

For a long time research data on lavender was limited to case reports and anecdote. But today there is more compelling data that demonstrates lavender’s relaxing, uplifting and healing properties.

For instance, in one study 122 individuals in an intensive care unit reported feeling much better when lavender was administered compared to when they were simply given a massage or allowed to rest. Similarly, a  Japanese study showed that a footbath with lavender oil produced greater biochemical changes associated with relaxation than did a plain footbath.

One small but often quoted study, reported in the Lancet in 1995, showed that elderly people “slept like babies” when a lavender aroma was pumped into their bedrooms at night. These people had all had difficulty falling asleep and normally had to take sleeping pills to get to sleep prior to the aromatherapy.

Other evidence also suggests that lavender aroma can help to reduce stress levels and anxiety. A study earlier this year found that lavender helped ease anxiety in patients anticipating a jab with a needle.

These changes have been measured scientifically and lavender has been shown to increase feelings of comfort and thus have a significant lowering effect on alpha wave activity in the brain.

Paradoxically, in a study of 40 healthy students who received aromatherapy with either lavender or rosemary, those using lavender reported being more alert but also more relaxed and drowsy (again, a finding confirmed by EEG measurements). Overall the lavender group was less depressed and also had better performance on a mathematics test.

Of course no herb can do everything. For instance, while lavender is sometimes recommended as a good way to heal perineal trauma after birth, studies in this area show mixed results. A recent small study did find that lavender performed as well as iodine and in addition women using lavender experienced less redness at the site of an episiotomy.

In a randomized, double blind, controlled clinical trial, 86 patients with alopecia areata (hair loss) were given seven weeks of scalp massage with essential oils including lavender. Compared with just 15% of the control group, 44% of the lavender group showed improvement in hair growth as determined by photographic assessment. The degree of improvement was significant.

Though critics of the study suggest that participants were selected on the basis that they might be responsive to treatment – the data does show that some people will benefit from lavender treatment. There were no adverse affects associated with the treatment.

In addition, lavender can (along with other essential oils such as rose, jasmine and ylang ylang) lower blood pressure dramatically – as studies during exercise recovery have shown. Check with your practitioner if you have any concerns about this effect.

Some commercial lavender products can be  adulterated with synthetic linalool and linalyl acetate.  The best way to avoid these is to check the ingredients label for the Latin name, Lavendula angustofolia.

Occasionally a ‘controversy’ arises about the difference between these two main types of lavender used in healing and cosmetics: Lavender and lavandin. Much of what we call lavender is derived from L. angustofolia.  Lavindin oil is derived from spike lavender (a hybrid of L. angustofolia and L. latifolia). Some commercially available lavender products are also surreptitiously mixed with natural Lavandin oil.

Both oils have therapeutic value and in truth any plant from the lavender family is ‘lavender’, however most studies tend to be associated with L. angustofolia and this is generally the oil used for relaxing aromatherapy massage.

Lavandin is generally the preferred fragrance in heavy use product such as soaps (but also toilet bowl cleaners and air fresheners!) where its much more pungent fragrance and long lasting quality is useful.

Some reputable companies even sell lavandin as a separate oil, rather than mixing the two on the quiet, because it does have its own list of therapeutic qualities.

Many of these are similar to those of L. angustofolia and include aiding circulation, reducing muscle cramps, respiratory distress and inflammation, wound healing and improving mood.

In one study of aroma added to the oxygen masks of heart patients, lavandin was more effective than L. angustofolia at inducing relaxation. However because of its high camphor content lavandin is best avoided in pregnancy, during fevers and in those with epilepsy.

For most uses the therapeutic difference between the two oils may be negligible and which ever one you choose you can be sure you are getting one of the most widely used and safest essential oils around.

Whether you use it to heal burns, aid sleep, as a relaxing tea a massage oil or room spray lavender is the ultimate essential oil that every home should have.

Lavender is safe and effective and has multiple uses in aromatherapy. [Photo: Bigstock]