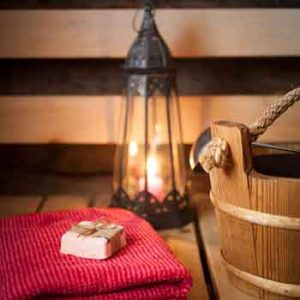 Regular Finnish saunas have benefits for mind as well as body. [Photo: Bigstock]

Natural Health News — Frequent sauna bathing can significantly reduce the risk of dementia, according to a recent study.

In a 20-year study carried out at the University of Eastern Finland, men taking a sauna 4-7 times a week were 66% less likely to be diagnosed with dementia than those taking a sauna once a week.

This association between sauna bathing and dementia risk has not been previously studied.

» Sauna has many benefits, but it’s effect on the mind have never been explored.

Previous results from the KIHD study have shown that frequent sauna bathing also significantly reduces the risk of sudden cardiac death, the risk of death due to coronary artery disease and other cardiac events, as well as overall mortality.

According to Professor Jari Laukkanen, the study leader, sauna bathing may protect both the heart and memory to some extent via similar, still poorly known mechanisms. “However, it is known that cardiovascular health affects the brain as well. The sense of well-being and relaxation experienced during sauna bathing may also play a role.”

Regular Finnish saunas have benefits for mind as well as body. [Photo: Bigstock]