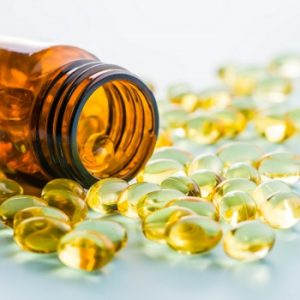 Cerebrovascular function was assessed at the beginning and the end of the study period, at rest and whilst performing a number of cognitive tasks.

Findings, published in the journal  Nutrients​, showed that cerebrovascular responsiveness (CVR) – the ability of blood flow to the brain to adapt  – increased 26% in women with hypercapnia (elevated levels of carbon dioxide in the bloodstream which can sometimes occur with shallow breathing when at rest). There was no change in men. Blood tests suggested that the improvement was related to the EPA component of the supplement.

In contrast, changes in cerebral blood flow in response to neural activity (referred to in the study as neurovascular coupling increased significantly in men only when blood EPA levels were increased.

“These preliminary observations indicate that LC omega-3 PUFA supplementation has the potential to enhance blood flow in the brain in response to both hypercapnic and cognitive stimuli,”​ the study said.

Additional findings found no associated improvement of mood or cognition in either men or women.

“The lack of change in mood or cognition could have been due to inadequate intakes of either eicosapentaenoic acid (EPA) or DHA, too brief a period of supplementation or an inappropriate choice of participants for our study,”​ the researchers concluded.

“Despite a lack of change in mood or cognition outcomes, the present study adds to a growing number of studies suggesting that long-chain (LC) omega-3 PUFA supplementation can influence brain functions at least in part by enhancing cerebrovascular function, which may potentially delay future cognitive decline.”​

While structural functions of omega-3 and omega-6 PUFA are crucial in early development, particularly of the nervous system, their regulatory functions are also important for counteracting chronic inflammation and other conditions as we age.

Omega-3 fatty acids have shown anti-amyloid, anti-tau and anti-inflammatory actions in the brains of animals. The findings of the current study support those of another study in 2017 which used single photon emission computed tomography, or SPECT, to measure blood flow in different parts of the brains of 166 individuals. Those with the highest EPA+DHA blood levels exhibited better blood circulation in areas of the brain involved with memory and neurocognitive testing.