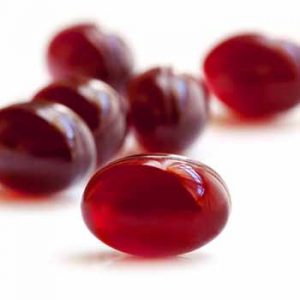 Natural Health News — Teenagers with higher blood levels of omega-3s may process information faster, compared with those with lower levels, according to a new study.

The Dutch researchers used what they called an Omega-3 Index – an indication of the fatty acid status of a person – to determine possible benefits.

Writing in in the journal Nutrients the scientists say: “To our knowledge, this is the first study assessing the association between the Omega-3 Index measured in blood and cognition in typically developing adolescents from the general population.”

Participants in the study included 266 Dutch teens between the ages of 13 and 15 who were taken from a larger, ongoing study (Food2Learn) of krill oil supplementation. The researchers took blood samples from all of the teens and also assessed cognitive performance via a range of tests.

» Diet and nutrition can have a profound effect on cognitive development and performance.

» In a new study of adolescents aged 13-15, Dutch researchers found that many had a below optimum omega-3 status and that those with a higher omega-3 status performed better on tests designed to study memory and information processing.

» The authors suggest that for adolescents low in omega-3, supplementation may be an easy and relatively inexpensive way to improve school performance.

The participants also filled out a fish consumption questionnaire, which showed that 13.9% of the teens did not consume any fish at all and that 77% of them consumed fish rarely. As a result, the average Omega-3 Index was 3.83% – much lower than the recommended 8%-11%.

It is hoped that the larger Food2Learn study will be able to provide data on the benefits to adolescents of supplementation with krill oil.
While it is fair to say that studies into supplementation are mixed, studies in younger children have shown benefits.
For example, in one study improving the omega-3 status of malnourished 8-12 year olds in Mexico, with 180 mg DHA and 270 mg EPA per day for three months, had a knock on effect of also improving their ability to process information.
In another, supplementation with 750 mg EPA and DHA per day improved the performance of indigenous Australian children, 3-13 years old, on a non-verbal cognitive test.
The researchers are hoping that such  improvements will hold true in older, less impoverished children.
While the authors acknowledge that school performance is influenced by many things, key amongst these is diet and nutrition. Simple supplementation could prove to be a relatively inexpensive and easy way to improve brain function and possibly the school performance of adolescents, they suggest.