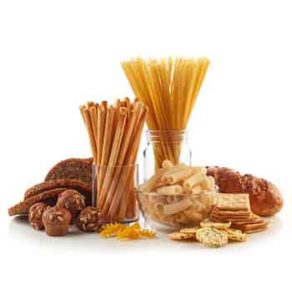 Common virus may be the trigger for celiac disease

Natural Health News — Infection with a common but otherwise harmless virus, can trigger the immune system response to gluten that leads to celiac disease, according to new research

Celiac disease is an autoimmune disorder. It is caused by an improper immune response to the protein gluten, found in wheat, rye, and barely, that damages the lining of the small intestine. There is no cure for celiac, and the only effective treatment is a gluten-free diet.

Gluten is a dietary protein that is naturally poorly digested, and therefore more likely to engage the immune system than other proteins, even in people without celiac.

Leaving a ‘permanent mark’ on immunity

» Celiac disease and gluten intolerance are on the rise and likely under-diagnosed.

» New US research shows that infection with a common but otherwise harmless virus, can trigger the immune system response to gluten that leads to celiac disease

» The findings advance our understanding of the disease, but also have implications for the common, early introduction of gluten-containing foods to infants with immature immune systems.

For this study in the journal Science, a research team from the University of Chicago and the University of Pittsburgh School of Medicine found that, among mice that were genetically engineered predisposed to celiac disease, those that were infected with a virus called reovirus were more likely to have an immune response against gluten than mice not infected with a reovirus. This immune response is similar to what’s seen in people with the condition.

Although human infections with reoviruses are common, the viruses don’t cause symptoms in people. But the study also found that patients with celiac disease did have higher levels of antibodies against reovirus, compared to people without the condition.

The findings suggest that reovirus infection may leave a “permanent mark” on the immune system that sets the body up for developing celiac disease, the researchers said.

“A virus that is not clinically symptomatic can still do bad things to the immune system and set the stage for an autoimmune disorder,” such as celiac disease, said study co-author Dr. Bana Jabri, director of research at the University of Chicago Celiac Disease Center.

“However, the specific virus and its genes, the interaction between the microbe and the host, and the health status of the host are all going to matter as well.”

The current study has some potential implications for how infants are fed. Fewer and fewer babies are being breastfed for the first 6 months of life a practice that strengthens the child’s immune system, among other things. In addition it is common practice to give babies their first solid foods – often containing gluten – around six months of age.

Children with immature immune systems are more susceptible to viral infections at this stage, and for those genetically predisposed to celiac disease, the combination of an intestinal reovirus infection with the first exposure to gluten could create the right conditions for developing celiac.

“During the first year of life, the immune system is still maturing, so for a child with a particular genetic background, getting a particular virus at that time can leave a kind of scar that then has long term consequences,” Jabri said. “That’s why we believe that once we have more studies, we may want to think about whether children at high risk of developing celiac disease should be vaccinated.”