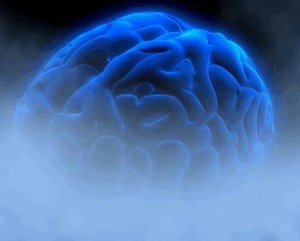 In patients with celiac disease, a gluten-free diet can help relieve brain-fog

Gluten-free diet clears ‘brain fog’ in those with coeliac disease

Natural Health News — People with celiac disease often experience ‘brain fog’ in addition to intestinal problems, but a new study shows that adhering to a gluten-free diet can lead to improvements in cognition that correlate with the extent of intestinal healing.

The patients were tested with a battery of cognitive tests at 0, 12 and 52 weeks. Information processing efficacy, memory, visuospatial ability, motoric function and attention were tested.

At the same time, small bowel biopsies were collected via routine gastroscopy at weeks 12 and 52 and were compared to those taken at the beginning of the study.

The scientists were then able to compare cognitive performance to serum concentrations of tissue transglutaminase antibodies (which are indicative of autoimmune conditions such as celiac disease), biopsy outcomes and other biological markers.

Gluten sensitivity has been related to cognitive decline and neurological diseases including Alzheimer’s, ADHD and Parkinson’s.

In one study, published in the Journal of Neurology, Neurosurgery and Psychiatry, the authors go so far as to refer to gluten sensitivity as a neurological illness.

The inflammation which gluten sensitivity causes can badly affect the brain as well as the immune system leading to symptoms including difficulty staying on task, poor memory function, brain fog and severe headaches.

The findings of the current study indicate that ridding the diet of gluten not only help heal the gut, it may also help address these problems that are so common to celiac disease patients.

“The study outcomes highlight the importance for individuals with celiac disease of maintaining a gluten-free diet not just for physical well-being but also for mental well-being,” said senior author Dr. Greg Yelland.

In patients with celiac disease, a gluten-free diet can help relieve brain-fog