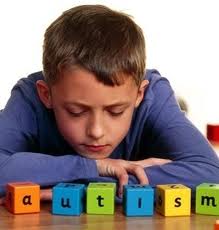 Clues about autism may come from the gut

Natural Health News — An imbalance in healthy gut bacteria may have a role to play in the development of autism, according to new research.

Scientific research on the link between a beneficial gut bacteria and health is coming in at an increasing rate. A healthy gut has been linked to the efficient function of a range of important activities including digestion, fine-tuning body weight, regulating immune response, and producing neurotransmitters that affect brain and behaviour.

Hundreds of different species inhabit the gut, and although most are beneficial, though some, if allowed to proliferate, can be dangerous.

“One of the reasons we started addressing this topic is the fact that autistic children have a lot of GI problems that can last into adulthood,” said Rosa Krajmalnik-Brown, a researcher at Arizona State University’s Biodesign Institute. “Studies have shown that when we manage these problems, their behaviour improves dramatically.”

Up to a quadrillion bacteria inhabit the human intestine, contributing to digestion, producing vitamins and promoting GI health. Genes associated with human intestinal flora are 100 times as plentiful as the body’s human genes, forming what some have referred to as a second genome. Various environmental factors can destabilise this natural microbiome of the gut, including antibiotics and certain eating habits.

In the current study, 20 healthy and 20 autistic subjects between 3 and 16 years of age participated and their gut microflora from fecal samples analysed.

Lower diversity of gut microbes was positively correlated with the presence of autistic symptoms in the study. Specifically, three bacterial families– Prevotella, Coprococcus and Veillonellaceae – were diminished in subjects with autism, when compared with samples from normal children. Surprisingly, these microbial changes did not seem directly correlated with the severity of GI symptoms.

The three families represent important groups of carbohydrate-degrading and/or fermenting microbes. Such bacteria could be critical for healthy microbial-gut interactions or play a supportive role for a wide network of different microorganisms in the gut. The latter, say the researchers, would explain the decreased diversity observed in autistic samples.

The authors stress that bacterial richness and diversity are essential for maintaining a robust and adaptable bacterial community capable of fighting off environmental challenges. “We believe that a diverse gut is a healthy gut,” Krajmalnik-Brown says.

Autism is defined as a spectrum disorder, due to the broad range of symptoms involved – including anxiety, depression, extreme rigidity, poor social functioning and an overall lack of independence – and the influence of both genetic and environmental factors, features often confounding efforts at accurate diagnosis.

In terms of severe developmental ailments affecting children and young adults, autism is one of the most common, striking about 1 in 50 children. Its prevalence in children exceeds juvenile diabetes, childhood cancer and pediatric AIDS combined.

Controversy surrounds the apparent explosive rise in autism cases. Heightened awareness of autism spectrum disorders and more diligent efforts at diagnosis must account for some of the increase, yet many researchers believe a genuine epidemic is occurring.

In addition to hereditary components, Western-style diets and overuse of antibiotics at an early age may be contributing to the problem by lowering the diversity of the gut microflora.

It is also hypothesised that childhood vaccinations, particularly with the MMR,  may disrupt the balance and diversity of gut flora and that this may be linked to the development of autism in vulnerable children.

Ironically some are now promoting yet another type of vaccine to control gut symptoms in autistic children.

To date, studies of the gut microbiome in autistic subjects have focused primarily on pathogenic bacteria, some of which have been implicated in alterations to brain function.

One example involves gram-negative bacteria containing lipopolysaccharides in their cell walls, which can induce inflammation of the brain and lead to the accumulation of high levels of mercury in the cerebrum.

Similarly, Italian researchers have shown that increased intestinal permeability and  immune system reactions in some children suffering from Autism Spectrum Disorder – but again without coeliac disease – is triggered by gluten and casein and that a gluten-free and /or casein free diet could be considered as a medical nutritional therapy for these individuals.

The direction of these research findings suggests also that treatment with probiotics or prebiotics could also be beneficial though more studies are needed to confirm this.