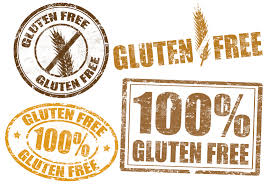 Why are so many people becoming sensitive to gluten in their diets? A new report suggests pesticides used on GMO crops may be to blame.

Natural Health News — A new report suggests there may be a link between genetically modified (GM) foods and gluten-related disorders.

Gluten sensitivity is on the rise and the report, which draws on data from a wide range of sources including the US Department of Agriculture, Environmental Protection Act records, medical journal reviews, and international research, has concluded that eating GM foods is linked to:

These conditions are known to either trigger or exacerbate gluten-related disorders, including the serious autoimmune disorder, coeliac disease, which is on the rise in developed countries.

The link between GM and gluten sensitivity is not immediately obvious given that wheat is not genetically modified. Globally there are only four commercially available GM crops  soy, corn, cotton (and cotton seed oil), canola (and canola oil). Additionally in the US beets (and beet sugar), courgettes (zucchini), yellow squash, Hawaiian papaya, and alfalfa are also genetically modified.

Most GMOs are engineered to tolerate big doses of a weed killer called glyphosate (the active ingredient in Roundup). They contain high levels of this herbiicide at harvest. Corn and cotton varieties are also engineered to produce an insecticide called Bt-toxin. The report focuses primarily on the effects of these two toxins.

Executive Director of the Institute for Responsible Technology and lead author of the report, Jeffrey Smith, explains: “The Bt-toxin in corn is designed to puncture holes in insect cells, but studies show it does the same in human cells. Bt-toxin may be linked to leaky gut, which physicians consistently see in gluten-sensitive patients.”

A chorus of support

Others have chimed in in support of the report’s findings.

Dr. Tom O’Bryan, internationally recognized expert on gluten sensitivity and Celiac Disease, says, “The introduction of GMOs is highly suspect as a candidate to explain the rapid rise in gluten-related disorders over the last 17 years.”

Keeping GMOs out of your diet

Even in the absence of clear labelling by manufacturers, there are several ways to avoid GMOs in your diet: 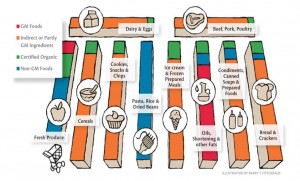 >> Click here to download a copy of the report Can Geneticaly Engineered Foods Explain the Exploding Gluten Sensitivity?

>> Get informed! Click here to find the GM articles you should read.

Why are so many people becoming sensitive to gluten in their diets? A new report suggests pesticides used on GMO crops may be to blame.