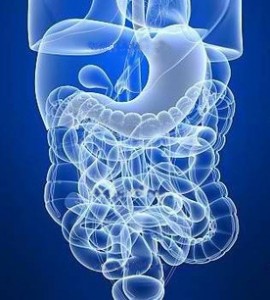 Get smart – take good care of your ‘second brain’

Our bodies have two brains. There’s the one we all know about and a second one – in our guts.

Both of these brains begin to form almost from the moment an egg is fertilised and develop from the same clump of tissue.

As this embryonic tissue divides during fetal development, one section evolves into the central nervous system, another into the enteric nervous system. Later these two nervous systems connect via the vagus nerve – the longest of all the cranial nerves. The vagus nerve stretches from the brain stem through the neck and finally ends up in the abdomen providing continuous two-way line of communication between the gut and the brain.

In the last decade or so scientists have discovered that each brain influences the other and imbalance in one can mean imbalance in the other.

“The brain is not the only place in the body that’s full of neurotransmitters,” he says. “A hundred million neurotransmitters line the length of the gut, approximately the same number that is found in the brain…”

Those butterflies in your stomach it turns out are real and caused by a surge of stress hormones released by the body in a “fight or flight” situation.

A little number crunching reveals that the total number of nerve cells in the esophagus, stomach and large intestine, outnumber those in the whole of the peripheral nervous system (that portion of the nervous system that resides outside the brain and spinal column). Nearly every chemical that controls the brain in the head has been identified in the gut brain, including hormones and neurotransmitters (like serotonin).

Thus it is hardly surprising that conventional drugs can deliver a double whammy of effects in the mind and the digestive tract.

Antidepressants can cause gastric distress in up to a quarter of the people who take them. Likewise, stress can also overstimulate nerves in the esophagus, causing a feeling of choking.

With regard to this last point, evidence suggests that IBS originates from a change in serotonin levels. In a healthy person, serotonin in the gut is cleared from the bowel by a serotonin transporter found in the cells that line the gut wall.

In IBS sufferers, this may not be happening and leaving the person with too much serotonin swirling round the system, causing diarrhoea, then overwhelming the receptors, shutting them down and leading to constipation.

The direct links between the brain and the digestive tract are a important model for a holistic thinking about health.  Recent studies suggest that a healthy gut in infancy can, in addition to helping to maintain immunity have a profound effect on our mind and emotional health later in life. Other data suggest the “cross-talk” between bacteria in our gut and our brain plays an important role in the development of psychiatric illness, intestinal diseases and probably other health problems including obesity.

But he opposite is also true. Our psychological, social and environmental environment can influence symptoms like pain and inflammation in the gut as well as how efficient our digestive process is.

Research suggests that some people with functional gastrointestinal tract (GI) disorders perceive pain more acutely than other people do because their brains do not properly regulate pain signals from the GI tract. Stress can make the existing pain seem even worse.

While many people with gut disorders like IBS and Crohn’s would reject the idea of treating the problem psychologically (undoubtedly tired of being told it’s all in their minds!) there is evidence that therapy to reduce stress and anxiety can have a profound effect on gut symptoms.

For instance a review of 17 studies showed that patients who tried psychologically based approaches had greater improvement (up to 50% reduction in symptoms) compared with patients who received other treatments treatment.

Vital for immunity, too

In addition to all this, almost 70% of the immune system is found in the gut. So keeping your gut healthy is doubly important.

To do this requires a balance between the good and bacteria native to the human gut. In a healthy gut, the ‘good’ usually outnumber the bad; and when they flourish they also help:

All the so called ‘good’ bacteria in the gut need to be fed each day so that organisms that die off or are excreted are replaced regularly.

To do this we ideally need to include around 40g of various hard-to-digest carbohydrates, often referred to as “prebiotics”, in our diet each day. Without their preferred food supply, numbers of beneficial gut bacteria decline rapidly, with a knock on effect on immunity and other bodily functions.

Maintaining that balance from early in life has as much influence on our mental and emotional health as it does our physical health.

Across the developed world we spend billions on pills to treating gastrointestinal disorders. But are we making the job harder and more expensive than it needs to be? Anti-acid medications such as proton pump inhibitors (PPIs) may provide relief in the short term, but over the longer term they suppress the absorption of vitamin B12 and calcium, and are linked to bone and brain shrinkage. Pain-killers such as aspirin and ibuprofen can also damage the gut.

Pat Thomas is the author of several books including  Living Dangerously – Are Everyday Toxins Making You Sick? and What Works, What Doesn’t