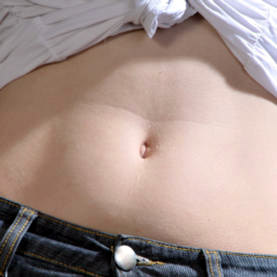 Taking care of your gut, by ensuring a rich diversity of good bacteria, could help fight off diabetes and heart disease

Natural Health News — New research shows that there is a link between number and diversity of bacterial species in the gut and the risk of chronic disease.

An international consortium of researchers report that overweight people with fewer bacterial species in their intestines are more likely to develop complications, such as cardiovascular diseases and diabetes. In addition, a gut with decreased bacterial richness appears to function entirely differently to the healthy variety with greater diversity.

Says lead researcher Jeroen Raes from the University of Brussels: “This is an amazing result with possibly enormous implications for the treatment and even prevention of the greatest public health issue of our time.”

Diversity is the key

Gut bacteria strengthens our immune system, produces vital vitamins and communicates with the nerve cells and hormone-producing cells within the intestinal system. The researchers add that gut bacteria also produces a variety of “bioactive substances” which enter the bloodstream, affecting our biology.

The gut needs a wide diversity of intestinal bacteria in order to maintain all these processes. In the current study people who were overweight were more likely to have low diversity in their gut flora.

In this current study researchers took a closer look at the intestinal flora of 169 obese Danes and 123 non-obese Danes. The results were published in the journal Nature.

According to Raes “We were able to distinguish between two groups based on their intestinal flora: people with a large richness of bacterial species in their intestines and people with a fewer bacterial species. A species-rich bacterial flora appeared to function differently compared to the poorer variety. It was surprising to see that obese and non-obese people were found in both groups.”

The scientists found that the group with lower species richness in their intestinal flora was more susceptible to developing obesity-related conditions and chronic inflammation.

Metabolic conditions have become an epidemic partly due to the modern sedentary lifestyle and the and easy access to large amounts of energy-dense food. It is expected that obesity will increase tremendously all over the world; from 400 million obese people in 2005, to more than 700 million in 2015.

Some people appear to be more vulnerable to putting on weight than others and many studies over the years have examined the possible cause of this.

However, previous research has also suggested a link between gut bacteria and obesity. A study from the Cedars-Sinai Medical Center in Los Angeles, for example, found that certain types of bacteria in the gut cause it to take more calories from food, therefore leading to weight gain.

Another finding of the international study was that a quarter of the participants had 40% fewer gut bacteria genes and correspondingly fewer bacteria than average.

Extrapolated to the entire population this suggests that a low number and diversity of gut bacteria could play a major role in health problems.

They say they cannot yet explain fully why some people have fewer intestinal bacteria compared with others, but they believe our diet may be a contributing factor.

They point to a 2012 study from a French research team, which revealed that a group of overweight participants who followed a low-fat diet for 6 weeks and who had fewer intestinal bacteria at the beginning of the diet, showed an increase in gut bacteria in both variety and amount.

“Our intestinal bacteria are actually to be considered an organ just like our heart and brain, and the presence of health-promoting bacteria must therefore be cared for in the best way possible. Over the next years, we will be gathering more knowledge of how best to do this.”

Taking care of your gut, by ensuring a rich diversity of good bacteria, could help fight off diabetes and heart disease