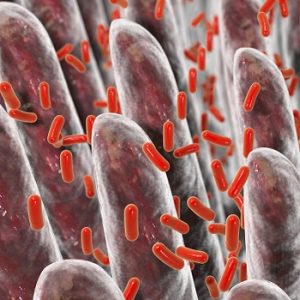 Scientists in the Netherlands have discovered new types of bacteria that can influence weight, cholesterol and body fat levels. [Photo: Bigstock]

Bacteria living in your gut may impact your weight, fat and good cholesterol levels, factors necessary to help maintain a healthy heart, according to new research in Circulation Research.

“Our study provides new evidence that microbes in the gut are strongly linked to the blood level of HDL (good cholesterol) and triglycerides and may be added as a new risk factor for abnormal blood lipids, in addition to age, gender, BMI and genetics,” said Jingyuan Fu, PhD, study lead author and associate professor of genetics at University Medical Center Groningen in the Netherlands.

» Researchers in the Netherlands admit we have only just scratched the surface our understanding of how gut microbes influence health.

» The study points the way to future uses of ‘good’ bacteria to help prevent heart disease.

Using state-of-the-art ‘deep sequencing’ technology, the researchers studied the association between gut microbes and blood lipid levels in 893 people in the Netherlands. They found:

Microbes and humans have a symbiotic relationship. The human body contains trillions of microorganisms, 10 times the number of human cells. These microbes help us to digest food and train our immune systems. The bacterial community in the human gut has been referred to as an extra organ because of its important role in an individuals’ health, researchers said.

“As less than 30% of bacteria in the human gut have been cultured, we know very little about who they are and what they do. With state-of-art deep sequencing technology, we are now able to identify them,” Fu said.

While additional studies are needed in a larger and diverse population to get to grips with how bacteria interact with weight, fat and cholesterol, the researchers believe these findings may someday open the door to new therapies to help aid in the prevention of heart disease.

“We also hope our findings inspire microbiologists to continue to research the function of these bacteria and their specific role in the regulation of lipid metabolism,” Fu said.

Scientists in the Netherlands have discovered new types of bacteria that can influence weight, cholesterol and body fat levels. [Photo: Bigstock]