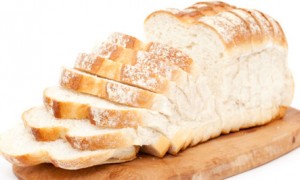 Not all white bread is bad for you - especially if it's part of a mixed, varied diet

Natural Health News — If you love white bread but feel guilty for eating it because it’s not a healthy as brown, take heart.

Spanish scientists are now reporting that this much-maligned food seems to encourage the growth of some of our most helpful inhabitants – beneficial gut flora.

In addition to this surprising find, their study in the Journal of Agricultural and Food Chemistry also revealed that when looking at effects of food on our “microbiomes,” considering the whole diet, not just individual ingredients, is critical.

Sonia González University of Oviedo’s Department of Functional Biology and colleagues from the Instituto de Productos Lácteos de Asturias-CSIC note that the bacteria in our guts, or our microbiome, play an important role in our health. When certain populations of bacteria drop, people become more prone to disease.

One of the most effective ways to maintain a good balance of the microbes living in our guts is through our diets. To figure out what dietary ingredients promote helpful bacteria, several studies have looked at the effects of individual fibres and probiotics.

But few researchers had investigated the role of antioxidant polyphenols, which are common in much of what we consume – spices, teas, fruits and vegetables – or how polyphenols and fibres might work together help balance our gut microbes. González’s team wanted to fill that gap.

To do so, they conducted a small pilot study where they asked 38 healthy adults questions about their diets and analysed which bacteria were present in the participants’ stool samples.

Their analysis revealed that pectin, a compound in citrus fruits, lowers the levels of two types of helpful bacteria: Blautia coccoides and Clostridium leptum. This is contrary to previous research on pectin alone. The researchers suggest that pectin interacts with other substances in oranges, leading to this unexpected effect. Their most novel finding, they said, was that white bread which provides useful levels of hemicellulose and resistant starch, boosted Lactobacillus, a group of beneficial bacteria.

This type of bacteria is good for warding off sicknesses such as the flu, diarrhoea, and other related health problems.

This doesn’t mean, however, that commercially produced white bread gets a clean bill of health. Another recent Spanish study presented at the European Congress on Obesity, showed that those who ate two 60g portions of white bread every day were at a significantly higher risk of being overweight than those who had lower consumption (though the authors don’t say what people might have put on that bread!).

The study, which looked at the diets of more than 9,000 Spanish university graduates, found that white bread made with highly refined flour is, in fact, rapidly absorbed as sugar.

According to lead researcher Professor Miguel Martinez-Gonzalez, “Essentially it is equivalent to a high consumption of sugar. The problem is similar to what we see with soft drinks, their sugars are rapidly transformed into fat in an organism.”

Also, due to the refining process and how it’s made, white breads are also lower in fibre, which can lead to constipation in those who are not mindful of consuming a sufficient amount of the nutrient.

Depends on the quailty

A 2012 study at the British Nutrition Foundation found most health concerns about white bread are myths. and that it remains an important source of nutrition with vital vitamins and minerals. Nevertheless,  white breads do have some advantages.

Other evidence has suggested that the lower fibre content means it doesn’t interefere with iron absorption. If they are made with carefully milled organic flour and with traditional sourdough starter they will also be more nutritious and easier to digest. So if you love white bread, but still want to stay health, eat the best – or better still make your own.

Not all white bread is bad for you - especially if it's part of a mixed, varied diet