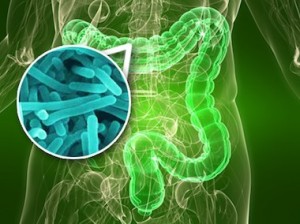 The impact of antibiotic overuse – not to mention the contamination of our food and water with antibiotic residues has become an issue of concern to many people.

The issues are rising in importance, since 40% of all adults and 70% of all children take one or more antibiotics every year, not to mention their use in livestock. Although when used properly antibiotics can help treat life-threatening bacterial infections, more than 10% of people who receive the medications can suffer from adverse side effects.

Scientists now suspect that antibiotic use, and especially overuse, can have unwanted effects on everything from the immune system to glucose metabolism, food absorption, obesity, stress and behaviour. Overuse also encourages antibiotic resistance, where bacteria evolve to become immune to these powerful drugs.

Now we have a new reason to be concerned. New evidence shows that the impact that antibiotics have on the microorganisms in the gut is much greater than previously known.

Researchers have known for some time that antibiotics can have unwanted side effects, especially in disrupting the natural and beneficial microbiota of the gastrointestinal system. But the new study helps explain in much more detail why that is happening, and also suggests that powerful, long-term antibiotic use can have even more far-reaching effects.

“Just in the past decade a whole new universe has opened up about the far-reaching effects of antibiotic use, and now we’re exploring it,” said Andrey Morgun, an assistant professor in the OSU College of Pharmacy. “The study of microbiota is just exploding. Nothing we find would surprise me at this point.”

Damage to the gut

This research used a “cocktail” of four antibiotics frequently given to laboratory animals, and studied the impacts.

“Prior to this most people thought antibiotics only depleted microbiota and diminished several important immune functions that take place in the gut,” Morgun said. “Actually that’s only about one-third of the picture. They also kill intestinal epithelium. Destruction of the intestinal epithelium is important because this is the site of nutrient absorption, part of our immune system and it has other biological functions that play a role in human health.”

The scientists also found that antibiotics and antibiotic-resistant microbes caused significant changes in mitochondrial function, which in turn can lead to more epithelial cell death. That antibiotics have special impacts on the mitochondria of cells is both important and interesting because mitochondria plays a major role in cell signalling, growth and energy production, and for good health they need to function properly.

But, says Morgun, the relationship of antibiotics to mitochondria may go back a long way. In evolution, mitochondria descended from bacteria, which were some of the earliest life forms, and different bacteria competed with each other for survival. That an antibiotic would still selectively attack the portion of a cell that most closely resembles bacteria may be a throwback to that ingrained sense of competition and the very evolution of life.

The research team also found that one of the genes affected by antibiotic treatment is critical to the communication between the host and microbe.

“When the host-microbe communication system gets out of balance it can lead to a chain of seemingly unrelated problems,” Morgun said.

Digestive dysfunction is near the top of the list, with antibiotic use linked to such issues as diarrhoea and ulcerative colitis. But new research is also finding links to obesity, food absorption, depression, immune function, sepsis, allergies and asthma.

This research also developed a new bioinformatics approach named “transkingdom network interrogation” to studying microbiota, which could help further speed the study of any alterations of host microbiota interactions and antibiotic impact. This could aid the search for new probiotics to help offset antibiotic effects, and conceivably lead to systems that would diagnose a person’s microbiome, identify deficiencies and then address them in a precise and individual way.

Healthy microbiota may also be another way to address growing problems with antibiotic resistance, Morgun said. Instead of trying to kill the “bad” bacteria causing an illness, a healthy and functioning microbiota may be able to outcompete the unwanted microbes and improve immune function.

Paying attention to source of antibiotics is crucial in helping to reverse the trend of antibiotic over-exposure. Unfortunately these days we are not just exposed to them through the medicines we take. Nearly half of all antibiotics are given to livestock. Residues remain in the animal products we eat. Antibiotics residues are also present in our water supply and in countries where GMOs are grown and consumed the residues of glyphosate – which is also a registered antibiotic – have been shown to be higher in GMO foods due to the profligate use of the herbicide Roundup on GMO crops.

Nearly 70% of the immune system is found in the gut. The gut is also the site of the enteric nervous system, sometimes called the ‘second brain’. This may be why so many diseases – physical and emotional – are accompanied by digestive and gut troubles and is also why keeping the gut healthy and in balance – through attention to (preferably organic) wholefoods healthy is vital.