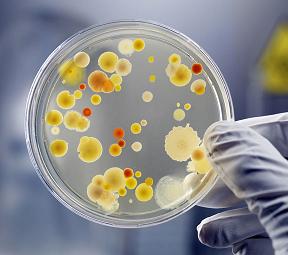 Overuse of antibiotics in humans and in livestock is causing an unprecedented health crisis, say US officials

Antibiotic-resistant infections cause two million infections and claim the lives of 23,000 people in the United States every year, according to a new landmark report by the US Centers for Disease Control and Prevention (CDC).

The report, Antibiotic Resistance Threats in the United States, 2013, presents the first snapshot of the burden and threats posed by antibiotic-resistant germs having the most impact on human health. The threats are ranked in categories: urgent, serious, and concerning.

Infections classified as urgent threats include carbapenem-resistant Enterobacteriaceae (CRE), drug-resistant gonorrhea, and Clostridium difficile, a serious diarrhoeal infection usually associated with antibiotic use. C. difficile causes about 250,000 hospitalisations and at least 14,000 deaths every year in the United States.

“Antibiotic resistance is rising for many different pathogens that are threats to health,” said CDC Director Tom Frieden, MD, MPH. “If we don’t act now, our medicine cabinet will be empty and we won’t have the antibiotics we need to save lives.”

Not just the US

Of course, the problem of antibiotic resistance extends beyond America to the rest of the globe. In Europe, according to a recent World Health Organization report, there are 25,000 excess deaths each year due to resistant bacterial hospital infections, and approximately 2.5 million avoidable days in hospital caused by antibiotic resistance.

In addition, the economic burden from additional patient illness and death is estimated to be at least €1.5 billion each year in healthcare costs and productivity losses.

Earlier this year the UK’s Chief Medical Officer, Professor Dame Sally Davies warned that antimicrobial resistance is a ticking time-bomb not only for the UK but also for the world.

“Antimicrobial resistance poses a catastrophic threat,” she said. “If we don’t act now, any one of us could go into hospital in 20 years for minor surgery and die because of an ordinary infection that can’t be treated by antibiotics.”

A high price to pay

In addition to the toll on human life, antibiotic-resistant infections add considerable and avoidable costs to the already overburdened US health care system. Studies have estimated that, in the United States, antibiotic resistance adds $20 billion in excess direct health care costs, with additional costs to society for lost productivity as high as $35 billion a year.

The use of antibiotics is the single most important factor leading to antibiotic resistance. Up to half of all the antibiotics prescribed for people are not needed or are not prescribed appropriately.

In addition, throughout the developed world, antibiotics are also commonly used on the livestock that produce our meat, milk and eggs. As in humans, much of this use is unnecessary from a medical point of view since these powerful drugs are routinely used as growth promoters and not simply to help when an animal gets sick.

The CDC report acknowledges that it is important to use antibiotics in animals responsibly and the US Food and Drug Administration recently proposed guidance describing a pathway for using these drugs only when medically necessary and targeting their use to only address diseases and health problems.

“Every time antibiotics are used in any setting, bacteria evolve by developing resistance. This process can happen with alarming speed,” said Steve Solomon, MD, director of CDC’s Office of Antimicrobial Resistance. “These drugs are a precious, limited resource – the more we use antibiotics today, the less likely we are to have effective antibiotics tomorrow.”

The loss of effective antibiotic treatments will also undermine treatment of infectious complications in patients with other diseases. Many common medical treatments and procedures – joint replacements, organ transplants, cancer therapy, rheumatoid arthritis therapy – are dependent on the ability to fight infections with antibiotics.

What the CDC proposes

Preventing Infections, Preventing the Spread of Resistance Avoiding infections reduces the amount of antibiotics that have to be used and reduces the likelihood that resistance will develop. Drug-resistant infections can be prevented by immunisation, infection prevention actions in healthcare settings, safe food preparation and handling, and general hand washing.

Developing Drugs and Diagnostic Tests Because antibiotic resistance occurs as part of a natural process in which bacteria evolve, it can be slowed but never completely stopped. Therefore, new antibiotics always will be needed to keep up with resistant bacteria, as will new tests to track the development of resistance.

Although several new antibiotics are currently in the pipeline – including oritavancin and dalbavancin, both lipoglycopeptides, and tedizolid, an oxazolidinone – many of these medications belong to existing drug classes and are therefore not likely to help ease the burden of antibiotic resistance.

Arguably the most effective way to halt the process of antibiotic resistance is for medical practitioners to focus on prevention rather than treatment and to use less of these powerful drugs to begin with.

The CDC suggests there has been a shift in this direction, but calls on practitioners to accelerate the implementation of these efforts.

Citizens can take action too

When it come to antibiotics, less is always more. We must learn to rely on them less now so that we can ensure they are more effective when we really need them in the future. A multifaceted approach is the only way to help ourselves.

This should include refusing to buy conventionally reared animal products which, inevitably, have been treated with antibiotics. Organically reared animals, for example, are not given antibiotics as growth promoters and are subject to much stricter controls on medical antibiotic use.

Doing this protects you from any antibiotic residues there may be in your food, lowers the demand for cheap artificially fattened animals (which in turn means fewer residues in for water and soil) and sends a clear message to producers that such vile practices are no longer acceptable.

We would heartily endorse the notion of prevention, which can often be helped along with relatively simple lifestyle adjustments including improved nutrition, adequate rest and exercise and relief from stress. In addition, instead of reaching for, or asking for, antibiotic remedies, we can consider the use of natural  alternatives to antibiotics where appropriate.

There is also good evidence that the use of probiotics, for instance when given alongside antibiotic treatment, can help in the fight against antibiotic resistance.

Overuse of antibiotics in humans and in livestock is causing an unprecedented health crisis, say US officials