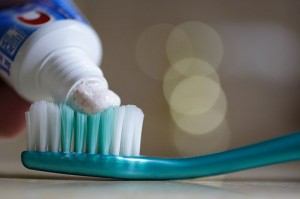 Natural Health News — The Canadian government is set to declare triclosan, an antibacterial found in many toothpastes, mouthwashes and anti-bacterial soaps, as toxic to the environment.

Triclosan has been linked to numerous human and environmental health effects and has been the subject of petitions calling for its ban from consumer products. According to newspaper reports the move could see the use of the chemical curtailed sharply in Canada.

Health Canada and Environment Canada – the departments within the Canadian government responsible for public health and environmental health respectively – conducted an investigation into the effects of triclosan on the body’s hormone system and whether the antibacterial agent contributes to the development of antibiotic resistance along with the effect of widespread use on the environment.

The assessment found that triclosan was toxic to the environment – not surprising since antibacterial chemicals are essentially pesticides.

However, the investigation did not find enough evidence to say conclusively that it is hazardous to human health. This is in part because so few studies exist into the long term effects of triclosan exposure

Triclosan has been used in consumer products since 1967. But it is only in the last decade or so that its use has exploded onto the marketplace. It is now used in hundreds of consumer products ranging from antibacterial soaps, deodorants, toothpastes, cosmetics, fabrics, toys, and other household and personal care products.

While antibacterial products are marketed as agents that protect and safeguard against potential harmful bacteria, studies conclude that antibacterial soaps show no health benefits over plain soaps.

Worse it has become ubiquitous chemical; the US Centers for Disease Control and Prevention (CDC) also has found that triclosan is present in the urine of 75% of the US population, with concentrations that have increased by 42% since 2004.

Scientific literature has extensively linked the use of triclosan, and its cousin triclocarban, to a range of health and environmental problems including antibiotic resistance.

Campaigning group, Beyond Pesticides has submitted petitions to the US Food and Drug Administration (FDA) and the US Environmental Protection Agency (EPA), in 2009 and 2010, calling for the removal of triclosan from consumer products.

The prevalence of triclosan in the waterways is a cause for concern since triclosan is converted into several toxic compounds including various forms of dioxin and dioxin-like compounds when exposed to sunlight in an aqueous environment.

A toxic designation under the Canadian Environmental Protection Act, say campaigners, triggers a process to find ways to curtail a chemical’s use, including a possible ban in a range of personal-care products.

In 2009 the Canadian Medical Association (CMA) called for a ban on the household use of triclosan. The organization raised serious concerns about the potential for increased bacterial resistance and argued the benefits are minimal compared to regular washing with soap.

The CMA resolution echoed concerns raised by the American Medical Association (AMA) that date as far back as 2000, citing the lack of studies pertaining to the health and environmental effects of its widespread use.

Because no data exists to support the need for such products or to dispute scientific concerns about their contribution to bacterial resistance, the AMA claimed it would be “prudent to avoid the use of antimicrobial agents in consumer products.”

Some brands of toothpaste, mouthwash and soap have begun quietly removing triclosan from their products, but avoiding it still requires label reading skills.

In addition, to avoiding the chemical at home, you can help spread the message by encouraging schools and workplaces to actively avoid using triclosan-containing products.  You can also join Beyond Pesticides ban triclosan campaign and sign the pledge to stop using triclosan today.

And watch this space, since a Canadian resolution may well trigger a domino effect that sees other countries taking similar action to protect people and environment.