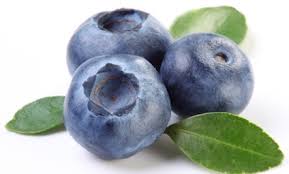 Allergic reaction to antibiotic residues in foods? Watch out for what’s on your fruits and veggies

Although she had a medical history of asthma and seasonal allergies, and known anaphylaxis to penicillin and cow’s milk, she wasn’t known to be allergic to any of the ingredients in the pie.

After weeks of testing on both the young girl and a sample of the pie, the article authors decided that what had caused the reaction was a streptomycin-contaminated blueberry. Streptomycin, in addition to being a drug used to fight disease, is also used as a pesticide in fruit, to combat the growth of bacteria, fungi, and algae.

“As far as we know, this is the first report that links an allergic reaction to fruits treated with antibiotic pesticides,” said allergist Anne Des Roches, MD,FRCP, lead study author. “Certain European countries ban the use of antibiotics for growing foods, but the United States and Canada still allow them for agricultural purposes.”

“This is a very rare allergic reaction,” said allergist James Sublett, MD, ACAAI president-elect. “Nevertheless, it’s something allergists need to be aware of and that emergency room personnel may need to know about in order to help determine where anaphylactic reactions may arise. Anyone who is at risk for a life-threatening allergic reaction should always carry epinephrine. They also need to know how to use their epinephrine in an emergency situation.”