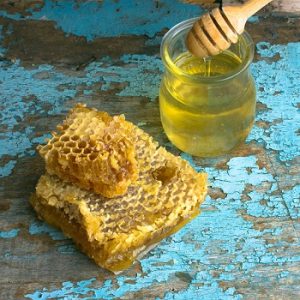 ‘Good’ bacteria in raw honey could be an alternative to antibiotics

Natural Health News — Raw honey has been used against infections for millennia, before honey – as we now know it – was manufactured and sold in stores. So what is the key to its’ antimicrobial properties?

Researchers at Lund University in Sweden have identified a unique group of 13 lactic acid bacteria found in fresh honey, from the honey stomach of bees. The bacteria produce a myriad of active antimicrobial compounds.

The researchers believe the secret to the strong results lie in the broad spectrum of active substances involved.

“Antibiotics are mostly one active substance, effective against only a narrow spectrum of bacteria. When used alive, these 13 lactic acid bacteria produce the right kind of antimicrobial compounds as needed, depending on the threat. It seems to have worked well for millions of years of protecting bees’ health and honey against other harmful microorganisms. However, since store-bought honey doesn’t contain the living lactic acid bacteria, many of its unique properties have been lost in recent times,” explains Tobias Olofsson.

The next step is further studies to investigate wider clinical use against topical human infections as well as on animals.

The findings have implications for developing countries, where fresh honey is easily available, but also for Western countries where antibiotic resistance is seriously increasing.