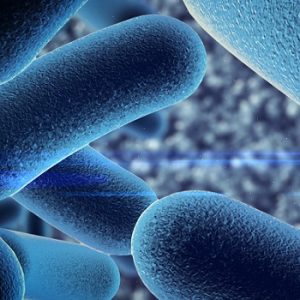 Try probiotics to repair the damage caused by antibiotics

This week’s warnings about the world running out of antibiotics have jolted many people into paying attention to a decades-long problem.

There is no doubt that we use to many antibiotics for all the wrong reasons – in both humans and animals. Many people have spent a lifetime taking these little magic bullets without giving the consequences a second thought.

Those consequences – what the UK’s Chief Medical Officer described as an ‘antibiotic apocalypse’ – centre around the fact that we have no new antibiotics in the pipeline and the old ones, thanks to decades of frivolous use, have helped create resistant strains of bacteria, which we are no longer able to treat.

Occasionally antibiotics are necessary but taking them can cause adverse effects that, while curing the problem in the short term, can make it worse over the longer term. Increasingly, evidence shows that taking a course of probiotics alongside your antibiotic treatment may be the answer. In addition, probiotic supplements may also hold the key to helping rid your body of hard-to-treat resistant strains of bacteria.

Our bodies carry a large community of bacteria that are critical to our health and well being.

Our innate microflora are located predominantly in the gut but can also be found on the skin and in the respiratory and genitourinary tracts. Each area has its own unique and balanced population of bacteria.

Science has identified some of the strains that live in our bodies, but between 20-40% remain unidentified – a figure that rises to nearly 80% in older people.

Even so, the critical importance of the microflora to human health is now well accepted. Healthy levels of beneficial bacteria are essential for the effective functioning of the immune system, prevention of allergies, controlling inflammation, hormonal balance, synthesis of B vitamins, vitamin K, short chain fatty acids, recycling of amino acids and general gastrointestinal health.

We now know we can support and even improve our gut microflora by using probiotic supplements and this knowledge has spawned a huge number and variety of health supplements and foods.

But just as probiotics (pro= for; bios = life) support life, antibiotics (anti = against; bios = life) are designed to kill. A course of antibiotics can kill not only harmful bacteria but also all the good bacteria in your gut leaving you even more vulnerable to illness.

It is well documented, for example, that short term use of antibiotics can disturb the ecological balance between the host and normal microflora, but more recent evidence indicates that their damaging impact can remain for extended periods of time.

Over-use of antibiotics can decrease the numbers of beneficial strains in the gut and this in turn allows pathogenic strains to proliferate and take hold. And because bacteria evolve rapidly it can also lead to an increase in antibiotic resistant strains, leaving antibiotic medications ineffective in emergencies when they are genuinely required.

Countering the effect of antibiotics

Taking probiotics alongside a course of antibiotics has been shown to help prevent some of these problems. It can also help support the efficient function of the immune system, help keep the intestinal barrier (that layer of mucous and good bacteria that helps support proper immune function) healthy, and help your normal intestinal flora to recover more quickly.

The devastation wrought by antibiotics, and the toxins released by pathogenic bacteria when they take hold, commonly results in antibiotic associated diarrhoea (AAD).

It’s estimated that diarrhoea occurs in 5–39% of people treated with antibiotics. Virulent bacteria such as Clostridium perfringens, Bacteroides fragilis, Klebsiella oxytoca, Staphylococcus aureus can all multiply in the gut after a course of antibiotics, and are known to cause AAD.

Use of probiotics can help reduce the risk of antibiotic associated diarrhoea by as much as 50%, and may be especially useful for people who are at high risk. These include older people, those with cancer, or using proton-pump inhibitors, and any patient in a hospital.

In addition, L. rhamnosus GG and S. boulardii have been shown to be effective in inhibiting the effects of toxins released by C. difficile.

Probiotics are also an effective way of tackling resistant strains of bacteria.

One clinical trial, following 155 hospital patients, found that daily supplementation with a mixture of Lactobacillus acidophilus (strain 1), Bifidobacterium bifidum, Lactobacillus acidophilus (strain 2) and Bifidobacterium animalis (var lactis) – sold commercially under the name LAB4, alongside antibiotic treatment significantly reduced the number of antibiotic resistant strains by more than 70% compared to those taking a placebo.

Another small double-blind, placebo-controlled study involved 23 people with severe kidney disease who tested positive for vancomycin-resistant bacteria in the stool. Supplementation with Lactobacillus rhamnosus GG (LGG) was found to be more effective at ridding the gut of resistant bacteria than placebo.

Likewise in a small study of 61 hospitalised children who were carriers of vancomycin-resistant bacteria, a probiotic supplement of LGG also helped reduce the number of resistant organisms in the gut.

The H. pylori bacterium which causes ulcers, is also becoming resistant to antibiotic treatment. Adding probiotics to treatment regimens has been found to reduce adverse effects by 11–23% and can improve eradication of H. pylori by between 5–15%. The most effective probiotic strains so far noted are L. casei and Lactobacillus johnsonii La1.

There are now a multitude of different probiotic strains on the market. The names can seem confusing, but it’s worth trying to get your head around them since, clearly, they can be of service in tackling some very specific problems related to antibiotic overuse.

Probiotics are often prescribed for 1-3 weeks longer than the duration of antibiotic treatment. They should be taken with food because the increased gastric pH is more favourable for the probiotics, allowing them to survive the stomach and get to the gut where they are needed. To effectively decrease the risk of diarrhoea treatment should start within 72 hours of the onset of antibiotic therapy.

This simple strategy is one way to ensure that antibiotics remain effective in emergencies when they are genuinely required.