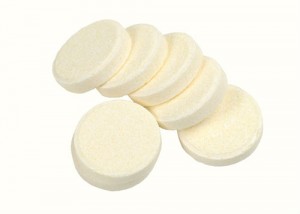 Natural Health News — However, a new study has found that probiotics may be an effective way to prevent gingivitis from developing. The results could give new hope to many people who have had a difficult time improving their oral health.

In this randomised, controlled, double-blind trial Finnish researchers investigated the effects of orally administered Lactobacillus rhamnosus GG (LGG) and Bifidobacterium animalis subsp. lactis BB-12 (BB-12) on the number mutans streptococci (MS, a group of different bacteria in the Streptococcus mutans family) in the mouth. They also looked at the amount of plaque, gingival inflammation and the oral microbiota in healthy young adults.

To test the effect of the probiotics a group of 60 healthy volunteers were divided into two groups which received lozenges containing a combination of LGG and BB – or lozenges without added probiotics for 4 weeks.

In those taking the probiotic lozenge the scientists observed decreased levels of plaque index and a lower incidence of gingivitis. No such changes were found in the control group.

However, no changes in levels of mutans streptococci in saliva were detected in either group suggesting the probiotics had an additive or balancing effect.

Writing in the journal Clinical Oral Investigations, the authors conclude “Short-term consumption of LGG and BB-12 decreased the amount of plaque which was associated with a clinical impact: a decrease in gingival inflammation”.

Health implications beyond the mouth

Gingivitis is a growing problem in the developed world. In its early stages it causes red swollen or bleeding gums, bad breath and discomfort. If left untreated, it can progress, increasing the risk of tooth loss as well as bone and joint damage.

In severe cases the bacteria that cause infection and inflammation can get into your bloodstream and be circulated throughout your entire body, including the brain and heart. This is one reason why gum disease now linked with strokes or heart disease.

Probiotics are living microorganisms, principally bacteria, that are safe for human consumption and have beneficial effects on human health. Using them to improve dental health is a relatively new area of exploration, though it is increasingly being considered as an answer to the emergence of antibiotic-resistant bacteria.

One 2009 review found the weight of the evidence showed the following benefits:

Previous research has suggested that the probiotic L. reuteri Prodentis can inhibit plaque and have anti-inflammatory and antimicrobial effects that could make it useful in maintain health teeth and gums, though not all studies have found a positive effect.

Successful outcomes may be dependent on which type of probiotic is used, though comparative studies are rare.