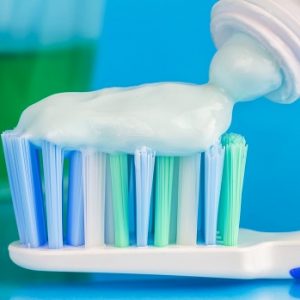 Science reveals many links between oral health and chronic disease elsewhere in the body. [Photo: Bigstock]

There is so much more going on in our mouths than most of us know.

Ads on TV and in glossy magazines may suggest that the gleaming white teeth and kissably fresh breath are the most important goals where your mouth is concerned. But from a health perspective teeth and gums are not mere fashion accessories.

What goes on in your mouth is deeply connected to the rest of your body and your level of oral health both influences and reflects your overall physical well being. Surprisingly the humble toothbrush may be your best defence you have against a whole raft of life threatening conditions.

Consider these facts: people with gum disease (known in the early stages as gingivitis) are almost twice as likely to develop atherosclerosis – narrowing of the arteries that supply blood to the heart. Indeed your risk of developing heart disease is much higher if you have poor oral health than if you smoke or have high cholesterol.

Middle-aged men with advanced gum disease (known as periodontitis) are four times more likely to have a stroke than those with healthier gums.

There are two possible reasons for this. One is that bacteria can migrate into the bloodstream from the gums and trigger an immune response that causes the artery walls to become inflamed.

Another suggestion is that once in the bloodstream plaque forming bacteria attach themselves directly to the fatty deposits already present in a person’s arteries, causing further narrowing and increasing the odds of a stroke or heart attack.

There is good evidence that gum disease can influence health in other ways. People with gum disease are more likely to suffer reduced kidney function and even kidney failure.  Amongst both smokers and non-smokers it has been shown to raise the risk of pancreatic cancer by up to 3-fold.

The importance of diet

The connection between general levels of health and oral health is not new. In the 1920s and 30s, Dr Weston A Price, an American dentist travelled the world studying and chronicling the links between diet, dental health and development.

Price studied native populations (including tribal Africans, Pacific Islanders, Eskimos, North and South American Indians and Australian Aborigines) and compared their teeth and general level of health to that of modern Americans and discovered that straight teeth with little decay, strong bodies, resistance to disease in the end came down to diet.

Unlike the diets of modern cultures, the diets of these indigenous people were invariably fresh, seasonally appropriate and ‘organic’ – long before the term had been officially coined.

Indigenous diets often include fermented foods such as fish, cheese, cultured butter, yoghurt or fermented grain drinks. They were high in fish, fish roe, shellfish and seaweeds and rich in animal fat whether from game, eggs or insets.

As a result these diets were rich in fat-soluble vitamins such as A, D and E as well as tissue building B-complex and vitamin C and tooth and bone building minerals such as calcium. They were also rich in enzymes which helped the digestive process and ensured the body squeezed every ounce of nutrition out of available food.

Price’s photographic records show that even without the benefits of modern toothbrushes the teeth of these indigenous people invariably were strong, healthy and straight and their gums healthy.

What are you putting in your mouth?

Before you invest in a raft of ‘products’ to maintain healthy teeth and gums consider what some of the products we can actually cause more problems than they solve:

But of all the things we put in our mouths in the name of dental hygiene fluoride is arguably the most controversial. Fluoride is a known systemic poison that accumulates in the body over time.

There is little evidence to suggest that brushing with fluoride is significantly protective for teeth. But studies have shown a clear relationship between oral cancers and fluoride intake in both animals and humans.

Fluoride has also been linked to sensitivity/allergic type reactions as well as to a host of illnesses including gastroesophageal reflux disease (GERD), bone problems, diabetes, thyroid malfunction and mental impairment.

Fluoride exposure from toothpaste, supplements and water before the age of six is also an important risk factor for dental fluorisis, in which teeth become mottled and discoloured. More recently, fluoride has been found to activate and interfere with substances known as G-proteins which can promote gingivitis.

Interest in Weston A Price’s work, has led to a new type of medical discipline known as holistic dentistry.

The holistic dentist’s practice is invariably a mercury-free one, not only because of the toxicity of mercury fillings but also because of the way that amalgam fillings can expand over time and cause the teeth to crack. Practitioners place a high degree of importance on nutrition as a way of both preventing and treating tooth decay and gum disease, rather than apply – or ask the patient to consume – substances such as fluoride.

Holistic dentists don’t just treat you from the neck up they look at the whole body so apart from those long-term problems already mentioned, holistic dentists have the ability to deal with many chronic problems that may, at first, appear to be unrelated to the mouth.

For instance, someone who complains of chronic headaches or migraines may really have a problem with their jaws. An altered sense of taste may be due to a “coated” tongue, which may be indicative of chronic gut problems.

Stress can also be addressed through the mouth. These days many of us adopt a ‘just grit your teeth and get on with it’ attitude to life, and as a result can develop the habit of grinding our teeth (bruxism).

This in turn can cause tension in many of the muscles around the mouth, resulting jaw misalignment, headaches, migraines, tinnitus, earache, pain in the cheeks or temple areas. It has even been linked to skeletal pain as far away as the big toe!

Holistic dentists also recognise that the patient being seen today is not the same patient of Price’s day. Environmental pollutions are affecting people’s immune systems in ways that Price and his contemporaries could not have anticipated.

If rates of gum disease have increased in spite of our apparently plentiful food supply, then it may be because of an interplay between environment and diet.

What passes for food these days is often of very poor quality, too high in protein, sugar and fake-fats (such as hydrogenated fats) and too low in raw seasonal hunter-gatherer type foods such as nuts, seeds and berries as well as fresh vegetables.

No single nutrient has been shown to have a greater influence of oral health than any other. This is because teeth and gums are made of different substances and require a wide range of different nutrients to stay healthy.

However a generally poor or faddy diet decreases has a direct effect on the immune system, making it less effective under attack. This will increase your susceptibility to plaque-forming bacteria.

Studies also show that long-term dieters have more acidic saliva and are at increased risk of gingivitis. Smokers also have a lowered immune response to the accumulation of plaque. Smoking is also associated with a decreased flow of saliva, and this may further explain smokers’ increased tendency to form plaque.

Traditional dentistry has always stressed the importance of regular brushing and flossing, particularly after eating sweets, for the maintenance of dental health. These things are important. But as the evidence accumulates it’s clear that for truly good oral health, we need to stop separating what goes on in our mouths from what goes on in the rest of the body.

Science reveals many links between oral health and chronic disease elsewhere in the body. [Photo: Bigstock]