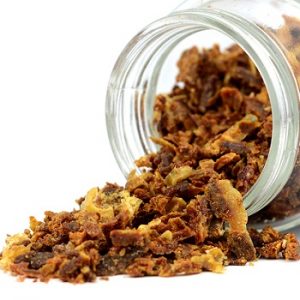 Propolis is gathered and metabolised by bees from the sap of leaf buds and tree barks, and used as a coating to build and disinfect their hives. [Photo: Bigstock]

Atraumatic restorative treatment (ART) is becoming an increasingly popular approach to dental treatment in the West. It is especially appropriate for children and for dental patients with extreme fear of the dentist.

ART involves using the least invasive techniques, including hand tools to remove softened, or demineralised portions of the tooth, which is an early sing of dental decay.

» For children and those with a fear of the dentist, minimally invasive treatments are important.

» While areas softened enamel can be scraped out by hand, rather than using a drill, the area still needs to be disinfected.

However, if the demineralised material is not completely removed or the cavity is not properly disinfected, formation of a secondary cavity can occur.

The most common substance used for disinfection is chlorhexidine, but there is evidence that chlorhexidine can weaken tooth structure. As a result the hunt it on for natural disinfectants. Two substances with natural antibacterial activity, aloe vera, derived form the leaf of the aloe plant, and propolis, a resinous compound collected by honeybees, have emerged as potentially useful.

In a recent study published in Contemporary Clinical Dentistry Indian scientists attempted to measure the effectiveness of these substances in adolescent patients.

They studied ten patients between the ages of 5 and 12 years old who had dental caries in a minimum of 3 teeth and measured bacterial counts on the tooth before treatment, after the softened enamel was scraped off using ART and the cavities were treated with distilled water (the control substance), aloe vera extract, or propolis extract for 60 seconds, and after the cavity had been filled.

Aloe vera and propolis were nearly equivalent in their ability to reduce bacterial infection within the cavities.

The small size of the study makes it hard to draw definite conclusions. However, both aloe vera and propolis have been shown in other studies to have antimicrobial characteristics. Aloe vera contains a wide range of anthraquinones, aromatic compounds that have been shown to be both antibacterial and antiviral. Propolis contains flavonoids, cinnamic acid, and other compounds that have also been shown to inhibit bacterial growth.

Propolis is gathered and metabolised by bees from the sap of leaf buds and tree barks, and used as a coating to build and disinfect their hives. [Photo: Bigstock]