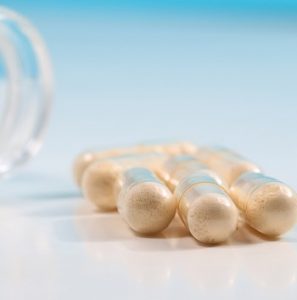 Are probiotics really useless or did the press simply misunderstand the results of a recent study? [Photo: Bigstock]

In a widely-shared news story published on 6 September, a group of Israeli scientists found no long-term benefit to probiotic consumption.

Researchers had studied samples surgically extracted from multiple sites in volunteers’ stomach and intestines. These samples were taken after the volunteers consumed a probiotic cocktail containing 11 strains of ‘good bacteria’.

There are two key points worth making. Number one: the response to the story has been overblown, and many outlets have failed to conceal their glee in dishonestly reporting that probiotics are – to incompletely quote the study’s lead author – ‘quite useless.’

Number two: the news itself is unsurprising and probably quite correct.

Although the results have stunned many, we were not unduly surprised given the nature of probiotic bacteria commonly found on the market. Most probiotics are wholly ineffective as far as meaningful, long-term intestinal colonisation is concerned, and we’ll explain why.

One of the main questions surrounding probiotics is: what really reaches the gut?

It’s fairly simple to determine how much probiotic bacteria is in a food or supplement (at least at the time of manufacture), but how many microbes take hold in the gut and become part of the microbiome?

Immunologist Eran Elinav of the Weizmann Institute of Science attempted to find this out. He did so by directly sampling volunteers’ microbiome using endoscopies and colonoscopies. [Links to the research are at the bottom of this article]

As part of the study, 15 healthy volunteers were selected and chosen to receive either a commercially-available supplement or a placebo for a period of four weeks.

In half of the probiotic group, the supplemental bacteria was shown to basically pass right through them: going in one end and out the other.

In the remainder, the bacteria lingered before eventually being crowded out by highly competitive existing microbes. This according to colonoscopy and enteroscopy analysis conducted weeks after the introduction of probiotic consumption.

As well as humans, the researchers tested the effect of probiotic supplements on the intestines of mice. Interestingly, they found that “gut probiotics colonisation in supplemented GF (germ-free) mice increased by 10-fold, 5-fold, 20-fold, and 50-fold in the UGI lumen, UGI mucosa, LGI mucosa and LGI lumen.”

Several very important points were made by the researchers, but for the most part they were not faithfully reproduced in the clickbait articles.

Something else that wasn’t reported in the juicy ‘Probiotics Are Useless’ story was that the results weren’t quite as terrible as they seemed on first glance. To quote from the study, “some participants featured significant gut mucosal association of probiotics as compared to others.”

Probiotics were described for two participants in particular as “very significantly colonising” and four more subjects were identified as “permissive”. Permissive is a term used to describe “individuals with a significant elevation in the absolute abundance of probiotic strains in their GI mucosa.”

Among permissive participants, total bacterial load remained higher than baseline even a month after the cessation of probiotics, and following supplementation “descending colons of permissive individuals became enriched for three pathways associated with humoral immune response and cytokine-mediated signalling.”

“Taken together, these findings point out that human consumption of the examined 11 probiotic strains results in universal shedding in stool but with highly individualised lower gastrointestinal mucosa colonisation patterns.”

Lastly, “it is important to note that the conclusions reached in our study are based on the use of one multi-strain probiotic preparation by healthy adults.”

The wording is important here. One multi-strain probiotic preparation. Extrapolating these results to say “all probiotics are useless” is rather ludicrous.

Why most probiotics don’t colonise the gut

What the study seemed to show is that most forms of exogenous bacteria are unable colonise and provide long-term benefits. We do not disagree.

One of the main reasons probiotics don’t work is that our microbial community is too inhospitable, too competitive. We are home to tens of trillions of microbial cells, and this ecosystem operates much like a jungle, with fierce competition between microbes serving to maintain a degree of stability.

Believe it or not, our microbial cells outnumber our human cells. As outlined in a 2016 review of four decades’ research into the human microbiome, the average man (weighing 70kg and aged 20-30) harbours 39 trillion bacterial cells compared to 30 trillion human cells.

It is foolish to think that consuming 5 billion microbes will have a meaningful long-term effect. 5 billion is a drop in the ocean when you consider how much resistance those microbes are going to meet from entrenched resident bacteria.

For every microbe introduced via supplement in the Weizmann Institute study, there would have been approximately 7,800 resident microbes waiting to crowd it out.

Most probiotics on the market contain one, five or ten billion Colony-Forming Units, and therein lies the problem. Even those marketed as high-strength contain 50 or 100 billion, with just a handful boasting a CFU count upward of 100 billion.

Although some will argue that strength doesn’t matter, supplements containing more viable live bacteria are clearly more likely to overcome the competition problem.

This was demonstrated by a previous study which assessed the merits of using probiotics for lowering blood pressure. Researchers found that the magnitude of improvement was greater “when daily dose of probiotics exceeded 100 billion.”

There are other factors to consider when assessing the effectiveness of gut-health supplements. One concerns the source of the probiotics.

You might wonder where manufacturers derive their microbes. The truth is that almost all of them use bacteria cultivated from the digestive tracts of animals (usually cows) or from plants/soil.

Naturally, the effectiveness of probiotic supplements can depend on the quality of this source, as well as the number of strains present. Bacteria which intuitively lives within plants or cows is not optimised for the human gut.

Important considerations when choosing a probiotic

The way we see it, there are three factors to consider when contemplating whether a probiotic will work.

We discussed the first two in the previous section. But what about gut environment?

As was clear from the study, results were highly individualised from person to person. Factors such as age, diet, antibiotic usage, food supplements, underlying medical conditions and patterns of circadian activity determined the extent to which colonisation occurred.

We would suggest that other factors include pH and electrolyte balance, body temperature (since gut microorganisms thrive in incubation, warm is better), circulation, nutrient flow, vitamin D levels and omega-3 status.

With so many aspects to consider, it’s little wonder some volunteers responded better to probiotics than others.

With all these factors in mind, we consider Progurt to be the best probiotic supplement currently available. Progurt contains multiple human-derived bacterial strains, including broad-spectrum strains commonly fragile or missing in a large percentage of the population.

Progurt also contains an unprecedented 1 trillion Colony-Forming Units per serving. That’s ten times as much as most high-strength supplements, and 200 times more live bacteria than the supplement used in the 2018 study.

Unlike most products which come in capsule form, Progurt is available as a powder; just disperse a sachet in water and drink. Progurt has received over 600 positive reviews from customers throughout the world and is recommended by a number of clinicians.

Because it contains entirely human-derived probiotics, Progurt gives you a chance to replenish the gut with intuitive microbes as mother nature designed.

What to Take Away from the 2018 Study

In closing, let us not forget that there have been several studies which stressed the benefit of probiotics. A review of 313 randomised controlled trials published earlier this year in the British Medical Journal, for example, found that taking probiotics helped to prevent diarrhoea, bronchitis and eczema.

The studies further highlighted improvements in heart disease risk and inflammation markers in the blood.

As with other sensationalist news stories, it is worth digging deeper to uncover the truth.

Are probiotics really useless or did the press simply misunderstand the results of a recent study? [Photo: Bigstock]