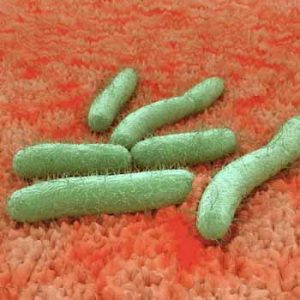 Scientists have discovered a virulent and untreatable kind of E coli bacteria that can transfer its antibiotic resistance to other bacteria [Photo: Bigstock]

Doctors – and farmers – give antibiotic resistance a helping hand

For instance, in Clacton-on-Sea, the UK’s most deprived area, we see antibiotic prescribing rates of almost twice the national average.

» The current world crisis in antibiotic resistance is caused by a mixture of over-prescribing by doctors and unnecessary use of antibiotics as growth promoters in intensive livestock farming.

» Two new studies have shown that, far from taking the threat of antibiotic resistance seriously, doctors and farmers continue to make the problem worse.

» Bacteria adapt at an alarming rate and most recently Chinese researchers have discovered a new mutation which allows the E. coli bacteria to transfer its resistance to other types of bacteria.

No reason for winter over-prescribing

The data also highlighted seasonal variation in prescription levels with 59% more prescriptions in December than in August with no obvious reason. Professor Colin Garner of Antibiotic Research UK says:

“It is true that colds and flus sometimes lead to bacterial infections due to suppressed immune systems and so we would expect a minor increase in antibiotic prescription in the winter months, however the data shows us a 59% jump in four months and this is far too high.”

One explanation is that patients are requesting antibiotics from their GPs for simple coughs and colds and GPs are irresponsibly acceding to these requests despite the advice they have been given not to prescribe antibiotics for viral conditions such as these.

The report suggests that an increased resistance by bacteria to antibiotics could change surgery as we know it today. As a consequence, new hips, knees, organ transplantation, open heart surgery and many cancer treatments will become even more high risk.

It is estimated that there are 400,000 cases of reported antibiotic resistant infections with 25,000 deaths each year in the European Union; in the UK the figure is close to 5,000 deaths per year.

And a new ‘superbug’ on the horizon

In a second and arguably more alarming study, Chinese and British scientists, writing Lancet Infectious Diseases, report that they have discovered a strain of Escherichia coli that is resistant to colistin, a ‘last resort’ antibiotic currently being used on strains of E. coli that are resistant to all other treatments.

Colistin is an older type of antibiotic that was rarely used for decades because there were other antibiotic options that have fewer side effects. As antibiotic resistance has increased, the drug has come back into more widespread use in both people and especially farm animals.

Experts argue that it should be preserved for people and should not be employed in agricultural operations, where vast quantities of antibiotics are fed to animals as growth promoters. And yet, in China, the drug is used more in animal production than it is on people.

Little surprise, then, that the researchers found the resistant bacteria in pigs, raw pork meat, and in a small number of people in China.

This is not the first instance of colistin resistance in the scientific literature, but this study has revealed more about how that resistance works and it is this that has worried global health authorities.

The genetic mutation that makes the bacteria resistant is on a type of DNA (the MCR-1 gene) that is ‘portable’. In other words it is easily replicated and transferred – not just to other E. coli bacteria but to other types of bacteria as well.

British scientists and health experts described the discovery as ‘worrying,’ ‘disturbing’ and ‘alarming’ and there is a suggestion that this type of resistant bacteria may already be circulating in the UK in low numbers.

Spreading around the world

Professor Timothy Walsh, of Cardiff Institute of Infection & Immunity at Cardiff University, which took part in the study, said:

“The effect on human health posed by this new gene cannot be underestimated. The rapid spread of similar antibiotic-resistant genes suggests that all antibiotics will soon be futile in the face of previously treatable gram-negative bacterial infections such as E.coli and salmonella.

“Our investigations in China found that MCR-1 is already prevalent in E.coli samples found in live animals and meat products, and in a small number of human cases.

Walsh adds that MCR-1 is likely to spread to the rest of the world at an alarming rate unless we take a globally coordinated approach to combat it.

Scientists have discovered a virulent and untreatable kind of E coli bacteria that can transfer its antibiotic resistance to other bacteria [Photo: Bigstock]