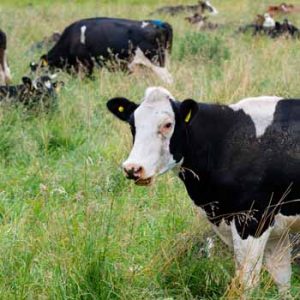 Organic food is more nutritious – and it can feed the world

It’s been a good week for organic farming with two new studies showing firstly that meat and milk contains more vital nutrients than conventional milk and also that organic farming could be the key to feeding the world sustainably as climate change bites.

The analysis, published  in the British Journal of Nutrition is a companion piece to a 2014 analysis of organic fruits and vegetables which found that, compared to conventionally grown crops, organic crops contain higher levels of certain antioxidants, lower levels of pesticides and lower levels of the heavy metal cadmium.

» A new analysis has found nutritional differences between organic and conventionally reared meat and milk.

» The organic meat and milk were found to be 50% higher in omega-3 fatty acids, while organic dairy also contained higher levels of iron, vitamin E and some carotenoids.

» A second analysis has found that on four key measurements – productivity, economics, environment, and community well-being – organic farming holds the key to feeding the world in the face of climate change.

» Together the two studies suggest that with more investment in this kind of agroecological farming,  organic can not only feed the world, but feed it well.

More good fats and other nutrients

The current study is considered the largest systematic review of its kind and its key findings are that:

The difference in omega-3 is because organic animals have to eat a more natural grass-based diet containing high levels of clover. Clover is used in organic farming to fix nitrogen so that crops and grass grow (instead of manufactured/chemical fertilisers), and this research has found that clover also increases the omega-3 concentrations in meat and milk. Under organic standards, organic cows must eat a 60% fresh grass based diet or hay/silage (conserved grass).

Although historically organic milk has contained less iodine than conventional milk, industry has taken measures to address this. OMSCo (the Organic Milk Suppliers Cooperative) representing over 65% of the UK’s organic milk supply, announced that in 2015 organic milk had achieved comparable levels of iodine to conventional.

Speaking about the research, Helen Browning, chief executive of the Soil Association said; “This research confirms what many people have always thought was true – what you feed farm animals and how you treat them affects the quality of the food – whether it’s milk, cheese or a cut of meat.”

On this site we have previously addressed the issue of ‘how we farm matters’ when the first Newcastle study was published. We have also long been champions of the idea that organic is more than ‘just’ a lifestyle choice.

Not long before the Newcastle study emerged, another lengthy analysis from Washington State University trashed the idea that organic farming is ‘ideologically driven’ and not practical on a large scale.

The review of hundreds of published studies provides evidence that organic farming can produce sufficient yields, be profitable for farmers, protect and improve the environment and be safer for farm workers.

Published in the journal Nature Plants is the first such study to analyse 40 years of science comparing organic and conventional agriculture across the four goals of sustainability identified by the National Academy of Sciences: productivity, economics, environment, and community well-being.

“Hundreds of scientific studies now show that organic ag should play a role in feeding the world” said was John Reganold, WSU regents’ professor of soil science and agroecology and lead author of the study. “Thirty years ago, there were just a couple handfuls of studies comparing organic agriculture with conventional. In the last 15 years, these kinds of studies have skyrocketed.”

Critics have long argued, often without real evidence, that organic agriculture is inefficient, requiring more land to yield the same amount of food. But the review paper describes cases where organic yields can be higher than conventional farming methods.

“In severe drought conditions, which are expected to increase with climate change, organic farms have the potential to produce high yields because of the higher water-holding capacity of organically farmed soils,” Reganold said.

However, even when yields may be lower, organic agriculture is more profitable for farmers because consumers are willing to pay more. Higher prices can be justified as a way to compensate farmers for providing ecosystem services and avoiding environmental damage or external costs.

Organic is also more energy efficient because it doesn’t rely on synthetic fertilisers or pesticides. It is also associated with greater biodiversity of plants, animals, insects and microbes as well as genetic diversity. Biodiversity increases the services that nature provides like pollination and improves the ability of farming systems to adapt to changing conditions. And of course it is better for soil health, which in turn is better for plant health and in turn better for human health.

Losses of organic matter from British soil now cost the country £82m a year and while the Government admits that this is “not sustainable in the long term” it has also done little about it. There is, for example, no countrywide monitoring of soil health.

The authors recommend policy changes to address the barriers that hinder the expansion of organic agriculture. Such hurdles include the costs of transitioning to organic certification, lack of access to labour and markets, and lack of appropriate infrastructure for storing and transporting food. Legal and financial tools are necessary to encourage the adoption of innovative, sustainable farming practices.