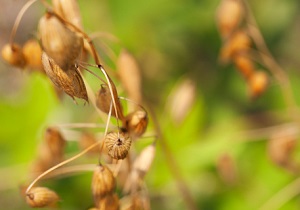 Natural Health News — Fields around organic farms have more types of wild plants, providing benefits for wildlife, according to a new study

Organic farms act as a refuge for wild plants, offsetting the loss of biodiversity on conventional farms. Indeed even a few organic fields on a farm may improve biodiversity by as much as 25%, the researchers found.

The new study, by researchers at the University of Swansea and institutes in France, looked at fields sowed with winter wheat in the region of Poitou-Charente or France.

» Even in an area of conventional farming, having some organic farms can significantly boost biodiversity.

“Wild plants are important for birds, bees and other farmland species,” lead researchers Dr Luca Borger of the department of biosciences at Swansea University has commented.

Farmland provides essential habitat for bees, birds and other wildlife, as well as a diversity of plant life, but the industrial intensification of agriculture has led to a loss of biodiversity.

However a recent analysis suggest that organic farming can be a very competitive alternative to industrial agriculture when it comes to food production.

Likewise a 30-year study from the Rodale Institute has found that organic yields are the same and in some cases better than those from industrial farming. In addition, organic agriculture is more profitable and builds more soil fertility over time.

This and the fact that we already produce enough calories to feed double the current world population put a hefty dent in the agricultural intensification argument.

Of course in addition to feeding the world, organic could also help provide more nutrient dense food. A recent study at Newcastle University, for example, found that organic foods had higher levels of some health promoting antioxidants. Organic produce also reduces our exposure to harmful pesticide residues in our food.

The study is published in the journal Proceedings of the Royal Society of London B- Biological Sciences.