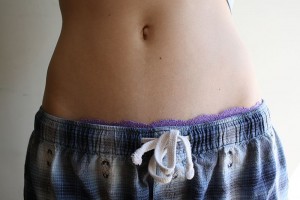 Too many antibiotics can cause stomach problems like IBS and Crohn's disease [Image: Maxxicle - Wikimedia Commons]

Natural Health News — People who are prescribed a large number of antibiotics tend to have a higher risk of inflammatory bowel disease (IBD), according to a new study.

The findings, published in the American Journal of Gastroenterology, and based on a sample of more than 24,000 people, add to evidence that antibiotic use can disturb the normal ‘friendly’ bacteria balance in the gut.

Previous studies have linked antibiotic use the spectrum of IBD disorders, which include Crohn’s disease and ulcerative colitis. In the current study, Canadian researchers found 12 percent of people diagnosed with the two conditions had been prescribed three or more antibiotics two years before compared to seven percent without the disease. This difference was consistent over a five-year period.

To put this into perspective the study notes that if antibiotics were solely responsible for the difference, for every 20 people prescribed three or more antibiotics, there would be one extra case of IBD.

Once the researchers took other factors into account, they found that people prescribed lots of antibiotics were as much as 50 percent more likely to get Crohn’s disease within two to five years.

Both Crohn’s disease and ulcerative colitis – the two main forms of IBD – cause chronic inflammation in the intestines, triggering symptoms like abdominal pain, diarrhea and weight loss. The cause of IBD is unclear, but some scientists think IBD may result from the immune system overreacting to viruses or bacteria in the intestine.

Together, the two diseases are thought to affect about 1 in every 250 people in the UK.

While the authors don’t recommend we stop using antibiotics they stressed that they should only be use when they will be of proven benefits. This would preclude ‘just in case’ antibiotics prescribed for no medical reason, for instance to treat colds and coughs, a genuine problem throughout the medicalised West.

In November 2009 the European Centre of Disease Prevention and Control (ECDC) Launched Antibiotoic Awareness Day and gave warning to doctors in the EU to reign in the number of antibiotic prescriptions they were issuing noting that overuse of antibiotics was an important cause of another significant health problem – antibiotic resistant bacteria.

Too many antibiotics can cause stomach problems like IBS and Crohn's disease [Image: Maxxicle - Wikimedia Commons]