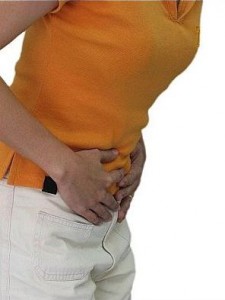 The hard-to-treat pain of IBS could be related to a defect in sufferers' immune system, say scientists

Why pain treatments are less effective for irritable bowel

Natural Health News — Australian researchers have discovered that  immune system defects in people suffering from irritable bowel syndrome could be a major reason why sufferers have ongoing issues with pain.

The research – the first of its kind in the world – could also help to explain why some painkillers may not offer satisfactory relief to sufferers.

Irritable bowel syndrome (IBS) affects up to 10% of the community. There are different forms of IBS but all of them involve unexplained gut pain, which often has the greatest impact on sufferers’ quality of life.

Scientists in the University of Adelaide’s Nerve-Gut Research Laboratory have now demonstrated the mechanisms involved, and the differences between the immune pain response in healthy people and those suffering from IBS. The results of their work have been published in the journal Brain, Behavior, and Immunity.

“This study is the first to give us a real understanding of the interaction between the immune system and pain symptoms in IBS patients,” says lead author Dr Patrick Hughes, NHMRC Peter Doherty Fellow with the University’s School of Medicine.

“The gut contains specialised immune cells, known as monocytes and macrophages. Our research has shown that in healthy people, these immune cells normally secrete opioid chemicals, like morphine, that block pain. But in people with IBS, the opioid production by these cells is defective,” he says.

“So it’s no wonder that people with IBS are experiencing ongoing periods of unexplained pain. And if the immune system is defective, it may also mean that painkilling medications taken by the patient to relieve their symptoms are not being adequately converted to pain relief.”

The research involved samples from more than 100 people, half of them healthy and half suffering from IBS.

Dr Hughes says the exact cause of pain in IBS sufferers remains unknown, “but we have now confirmed, and detailed, information about the important role of the immune system in this pain response”.

“It’s our hope that this work could eventually lead to more targeted treatments for IBS sufferers, to help treat or prevent the long-term pain they experience,” he says.

The hard-to-treat pain of IBS could be related to a defect in sufferers' immune system, say scientists