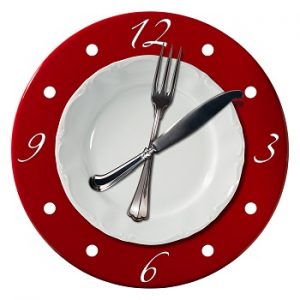 A 24-hour fast can kick-start a process that regenerates the lining of the intestines. [Photo: Bigstock]

Natural Health News — Older people with stomach and digestive problems could benefit from the regenerative power of a 24-hour fast, according to new research.

For many decades, scientists have known that low caloric intake is linked with greater longevity in humans and other organisms. The researchers were interested in exploring how fasting worked at the molecular level, specifically in the stem cells in the intestine.

But a new study by Massachusetts Institute of Technology (MIT) biologists has found that short-term fasting could help reverse the age-related loss of stem cell function.

» Intestinal stem cells are responsible for maintaining the lining of the intestine, which typically renews itself every five days – though the process becomes less efficient as we age.

» A new study has found that short-term fasting could help reverse the age-related loss of stem cell function.

» For those who are able to, a short-fast could be an effective, low-tech way to regenerate the gut.

» For those for whom fasting is not recommended, the scientists say they have identified a molecule that could one day lead to treatments that have the same regenerative effect.

Using an animal model the scientists found that in fasting mice, cells begin breaking down fatty acids instead of glucose, a change that stimulates the stem cells to become more regenerative. Overall the researchers found that stem cells from the fasting mice doubled their regenerative capacity after just 24 hours of fasting.

They also found that they could also boost regeneration with a molecule that activates the same metabolic switch. Such an intervention could potentially help older people recovering from GI infections or cancer patients undergoing chemotherapy, the researchers say.

“Fasting has many effects in the intestine, which include boosting regeneration as well as potential uses in any type of ailment that impinges on the intestine, such as infections or cancers,” says Omer Yilmaz, an MIT assistant professor of biology, a member of the Koch Institute for Integrative Cancer Research, and one of the senior authors of the study. “Understanding how fasting improves overall health, including the role of adult stem cells in intestinal regeneration, in repair, and in aging, is a fundamental interest of my laboratory.”

The findings, published in the journal Cell Stem Cell, suggest that fasting is a simple, effective low tech way to help regenerate the gut and may be particularly useful in older adults who experience intestinal infections or other gastrointestinal disorders that can damage the lining of the intestine.

However for those for whom fasting may not be recommended, the identification of a molecule that can mimic the natural process means an effective treatment could be produced. They note that one group that could benefit from such treatment is cancer patients who are receiving chemotherapy, which often harms intestinal cells.

The researchers plan to extend their research to see if fasting affects regenerative abilities in stem cells in other types of tissue.

A 24-hour fast can kick-start a process that regenerates the lining of the intestines. [Photo: Bigstock]