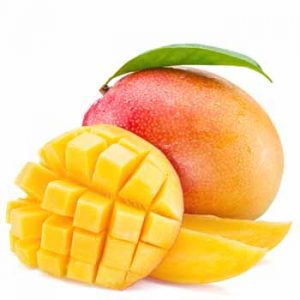 We love the sweet flesh, but all parts of the mango tree have potential uses. [Photo: Bigstock]

Love mangoes? Here’s how to get the best from them

Mangoes are one of the world’s most popular tropical fruits – and they don’t just taste good, they are good for you as well.

Throughout Asia the mango (Mangifera indica) has both spiritual and medicinal significance. It is the national fruit of India, Pakistan and the Philippines. It is also the national tree of Bangladesh.

There are more than 500 varieties of mango – though only a smaller proportion of these end up in our supermarkets. All parts of the plant including the roots, peel, stem bark, leaves, flowers, and seed kernels – which today we know yield a light nourishing oil useful for beauty treatments – are used in traditional medicine.

In Ayurvedic medicine, for example, different parts of the mango tree have been used in different ways for thousands of years. The seeds have been used as an astringent and as a treatment for asthma. Smoke from the burning leaves can be inhaled to relieve hiccups and sore throats. The bark is used as an astringent in diphtheria and rheumatism, and the resinous gum from the tree trunk was used in dressings for cracked feet and for scabies. The fruit is also thought to have aphrodisiacal properties.

» Mangoes are best known for their sweet flesh which is rich in carotenoids and other antioxidants as well as fibre.

» In traditional Ayurvedic medicine, all parts of the plant are used and modern science has shown that each part of the plant has a different chemical makeup.

» It can be good to include mangoes in your healthy diet. But – like many exotic foods that have become part of the ‘clean eating’ trend – they are not without environmental impacts. So consider having them when they are at their seasonal peak – an adding other carotenoid-rich produce to your diet at other times.

Different parts of the plant have different chemical compositions and, interestingly, most modern research on mangoes focuses on these parts rather than the deep orange flesh.

The bark, for example, contains catechins, amino acids, and phenolic and triterpenoid compounds. Due to these constituents, mango bark extract has shown antioxidant, immune system-enhancing, anti-inflammatory, antibacterial, antiviral, and antifungal activities, which correspond with many of mango’s traditional medicinal uses.

In particular science has zeroed in on an antioxidant substance called mangiferin – the most biologically active compound derived from the mango tree. Mangiferin – like most antioxidants – is produced by the plant as a defence against pests. Plant parts that contain the highest amounts of mangiferin include the leaves, stem bark, heartwood, and roots.

In addition to its antioxidant properties magniferin is thought to be antidiabetic, antimicrobial and to improve cardiac and brain function. Currently, food researchers are trying to find ways of processing mango bark and peel into a palatable ‘nutraceutical’ ingredient or food additive.

Another compound magneferin (not to be confused with mangiferin) is one of a number of enzymes present in mangoes that improves digestion; others include catechol oxidase and lactase.

The health benefits of the yellow flesh are due to its high concentration of antioxidant nutrients and phytochemicals, the most abundant of which are carotenoids.

Carotenoids play an important role in protective health mechanisms against some forms of cancer, cardiovascular disease, and macular degeneration, as well as improving immune health. Specifically, mangos are high in beta-carotene, a precursor of vitamin A. Mango also contains smaller amounts of lutein and zeaxanthin, two carotenoids important for maintaining eye health and preventing macular degeneration. These phytochemicals are antioxidants, meaning that they slow or prevent the oxidative process, thereby preventing or repairing damage to cells in the body that is associated with a variety of modern diseases.

Polyphenols that have been identified in the flesh include gallic acid, gallotannins, quercetin, isoquercetin, mangiferin, ellagic acid, and beta-glucogallin. These polyphenols have powerful antioxidant activity as well as other potentially therapeutic effects. Gallic acid, for example, is known to have anti-inflammatory and antitumor activities, while ellagic acid has been found to exhibit antimutagenic, antiviral, and antitumor effects.

What can it do for you?

Mangoes are rich in beta carotene a powerful antioxidant that helps reduce the effects of oxidative stress on many body systems including the skin and eyes the eye. This plays a roles in preventing age related macular degeneration, which leads to worsening vision during older age.

An average sized mango also contains up to two thirds of the daily recommended intake of vitamin C. Vitamin C plays a key role in boosting the immune system. This reduces the risk of diseases such as cold and flu.

Laboratory tests show the triterpene, lupeol, which is a kind of plant hormone found in mangoes, is effective against both prostate and skin cancers.

But perhaps the most interesting research has been on the benefits of mangoes in digestion and blood sugar.

Mangoes contain enzymes which aid the breakdown and digestion of protein. They also add fibre, specifically prebiotic dietary fibre, which keeps your digestive tract working efficiently and helps feed good bacteria in the gut. Dietary fibre has more long-term benefits, as well lowering your risk of developing colon cancer, heart disease, type-2 diabetes and diverticular disease.  In fact, recent evidence suggests that the fibre in mangoes may prevent the loss of beneficial gut bacteria often induced by a high-fat diet. Specifically, mango in the diet of experimental animals was found to regulate gut bacteria in favour of Bifidobacteria and Akkermansia and enhanced short-chain fatty acid production. Short-chain fatty acids have been shown to possess a wide range of beneficial effects, such as anti-inflammatory properties. This is an important finding as specific bacteria in the intestinal tract may play a role in obesity and obesity-related complications, such as type-2 diabetes.

This results was similar to other human and animal studies showing that adding mango to the diet can aid weight loss and glucose tolerance.

Getting (a little) more

Mango fruit, as delicious as it is, isn’t really all that versatile. It is processed in two main ways. Ripe fruit is eaten raw or processed into canned and frozen slices, pulp, concentrate, juices, nectar, jam, purée, cereal flakes, toffee, and various dried products. The fruit should be eaten as fresh as possible.

Tree ripened mangoes have the best flavour but are hard to find these days. In addition mangoes bruise easily so unless you are using them immediately, buy the hard fruit and allow it to ripen at home. When you can’t get fresh dried mango is a good substitute

Studies suggest that the bioavailability of the beta carotene contained in mangoes improves between 19-38% when the fruit is blended with milk. So try eating them with some live yoghurt to double their gut-friendly benefits.

Green fruit is used to make chutney, pickles, curries, and dehydrated products like dried mango, amchoor (raw mango powder), and panna (green mango beverage). Green mangoes, when you can find them, have more vitamin C and more pectin than ripe mangoes, but have a very sour taste. In Southeast Asia green mango is used shredded in salads.

There is small caution that applies to most of the exotic foods that have become a staple of the ‘clean eating’ trend.

Unless you live in a country where mangoes are an indigenous agroforestry crop you may be eating a fruit that contributes – to a greater or lesser extent – to environmental degradation. Mangoes which are grown on industrial farms in much the same way as most popular fruits, bring all the same problems of scale that other popular fruits do.

A French study that used life-cycle analyses to judge the environmental impact of certain local and exotic fruits found that while mangoes from Brazil weren’t the worst (citrus fruits took that honour on pretty much every measurement) neither were they the best. Locally produced apples (which are also rich in gut nourishing prebiotic fibre) had the lowest impact in measurements such as soil acidification, climate change and fossil fuel use.

We have seen much the same thing with avocados our insatiable appetite for which has been shown to be indirectly fuelling illegal deforestation and environmental degradation.

Making better use of the non-fruit portions of the mango could help improve their environmental footprint. The mango peel, for example, constitutes about 15-20% of the whole fruit and is typically is discarded. In commercial processing, the discarded peels become a wasteful by-product.

Yet a 2015 study found that the green peel contains high levels of bioactive compounds that can be made into a nourishing flour. The mango peel flour had 54 g of total dietary fibre per 100 g of dry sample, compared to 1.8 g of total dietary fibre in wheat flour. The mango peel flour also much higher phenolic and flavonoid contents.

Dietary fibre in mango peel has been shown as a favourable source of high-quality polysaccharides due to its high starch, cellulose, hemicellulose, lignin, and pectin content combined with its low fat content. In vitro starch studies suggest that mango peel four is a low glycaemic index food which makes it of potential use for diabetic individuals and since it contains no gluten it could one day could serve as an acceptable substitute in baked goods and other flour-containing foods.

The mangoes in the supermarkets in the US mostly from Mexico, Ecuador, Peru, Brazil, Guatemala and Haiti; In Europe they come mostly from India and the rest of Southeast Asia as well as Brazil. Each country harvests its mango crops at different times of the year, and some of the harvest seasons overlap, which means we can potentially enjoy mangoes all year round.

Even so April to June is the peak season for mangoes in most countries and perhaps the best (for people and planet) dietary approach is to include mangoes as one part of a healthy diet during these times and seek other fibre- and carotenoid-rich foods (e.g. carrots, tomatoes, sweet potatoes, leafy greens, etc) at other times.

We love the sweet flesh, but all parts of the mango tree have potential uses. [Photo: Bigstock]