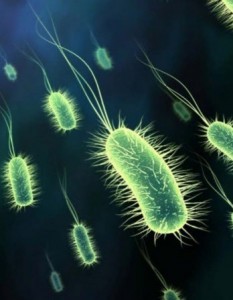 Natural Health News — New research suggests that an intestinal microbe necessary for maintaining the gut lining and promoting efficient food absorption, could be used to prevent obesity and associated metabolic disorders, such as those that lead to type-2 diabetes.

The human digestive tract is home to a vast and varied population of microbes. In fact according to a 2012 report in Nature, at 3.3 million, the genes of our gut flora vastly outnumber the 23,000 or so genes in the human genome.

This complex microbial ecosystem plays an active role in many bodily functions. But while previous studies have shown that the gut flora of people with obesity and type-2 diabetes are different to those of healthy lean individuals, the mechanisms of interaction between these microbe populations and their host environment is not well understood, note the researchers.

Along the whole of the digestive tract are specialised cells that secrete mucus, a substance that lubricates the passage of food and protects the gut lining from digestive enzymes. This mucus barrier is also an efficient system for protecting the gut lining from harmful bacteria that cause inflammation and infection.

The most dominant bacterium that lives in the nutrient-rich mucus layer of the mammalian gut is Akkermansia muciniphila. This microbe normally accounts for 3-5% of gut bacteria.

But when Patrice D. Cani of the Catholic University of Louvain in Belgium, and colleagues examined gut levels of A. muciniphila in different groups of lab mice, they found them to be low in obese and type-2 diabetic mice, and high in lean and healthy mice.

They also found that giving prebiotics to obese and type-2 diabetic mice boosted gut levels of A. muciniphila, and this was accompanied by an improved gut mucus barrier, reversal of insulin resistance (a metabolic condition that increases risk for type 2 diabetes), and reduction of other obesity-related metabolic disorders.

When they gave mice fed a high-fat diet that made them put on two to three times more fat mass than normal, lean mice, and then treated them with the bacterium, they found the treated mice stayed bigger than the lean mice but nevertheless lost about half of their extra weight. They also had lower levels of insulin resistance.

They also noticed that giving the obese mice A. muciniphila counteracted diet-induced decreases in the mucus layer of the gut, and increased gut levels of endocannabinoids, which studies suggest are important molecules for controlling inflammation, insulin sensitivity, and fat and energy metabolism.

However, these effects only occurred with live A. muciniphila. Treatment with heat-killed bacterium neither replenished the mucus layer nor improved the metabolic profile of the diet-induced obese mice.

The finding needs to be proven in humans, nevertheless the researchers conclude that their findings provide “substantial insight into the intricate mechanisms of bacterial (ie, A. muciniphila) regulation of the cross-talk between the host and gut microbiota.”

Cani’s previous studies have led him to believe that the bacterium communicates with the cells of the host’s intestinal lining and immune system.

A. muciniphila sends a signal that appears to alter production of anti-microbial molecules, while also increasing production of mucus.

Cani proposes that bacterium establishes a mutually beneficial relationship with the host: in exchange for more food, it will deal with any invading harmful microbes.

In 2012, another animal study published in the Journal of Proteome Research proposed that bacteria living in the large intestine may also play a role in obesity by slowing down the activity of energy-burning brown fat.

Are you getting enough prebiotics?

The authors say this current study offer a reasonable argument for using the bacterium to develop ways to prevent or treat obesity and its associated metabolic disorders. Though we would suggest it may also offer a good argument for paying attention to foods that are prebiotic or, in other words, contain healthy nondigestible or partially digestible fibres (such as fructo-oligosaccharides, or FOS) that help feed and maintain a healthy gut.

Prebiotics can be taken as foods or as supplements. Examples of good prebiotic foods include wholegrains, legumes and cruciferous vegetables such as broccoli, Brussels sprouts, cabbage, cauliflower, collard greens, kale, radish and rutabaga, as well as:

Eating these foods raw will boost their prebiotic benefits.