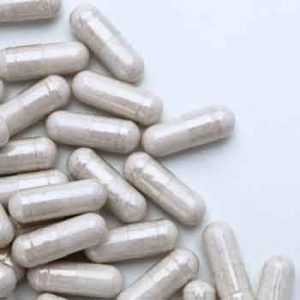 Both prebiotics and probiotics are necessary to ensure optimum gut health. [Photo: Bigstock]

Q – What’s the difference between prebiotics and probiotics – and is one more important to take as a supplement than the other?

A – You might have heard of the terms ‘prebiotics’ and ‘probiotics’ being mentioned in association with digestive health. While both are important to health, they function in slightly different ways.

The human intestines (gut) are home to anywhere from 500 to 1000 different species of bacteria, some good, and some bad.

The bad ones – such as E. coli, Salmonella and Clostridium – are commonly responsible for stomach upsets like diarrhoea. However, these are kept in check by the good bacteria, the principal ones being Lactobacillus acidophilus and bifidobacteria, which are naturally derived from the body’s own lactic acid, and which we obtain from our mother during pregnancy and with breastfeeding.

For the most part ‘good’ or ‘friendly’ bacteria outnumber the ‘bad’ or ‘unfriendly’ bacteria and play an important role in digestive health. But friendly bacteria also perform various important functions as well; they ferment organic acid into glucose, lower blood cholesterol, synthesise vitamins, break down the enzymes, proteins and fibres in food, and generally boost the immune system. The gut is also home to a sophisticated nervous system known as our ‘second brain’, which is why gut disorders also tend to come with a side of mind and mood disorders as well.

Several things – diet, stress, alcohol and smoking – can change the balance of bacteria in the gut and an imbalance in gut bacteria has been linked to immune system problems such as allergies and arthritis, but also to neurological disorders such as Parkinson’s disease and ADHD.

You can feed and encourage thriving communities of good bacteria in your gut in two ways – through prebiotics (available in foods and supplements) and through probiotics (usually taken as supplements – though also present in some foods).

The best way to look after our gut bacteria is by feeding it well and the best foods for it are known as ‘prebiotics’.

Prebiotics are essentially dietary fibre – the indigestible components of food. They are naturally resistant to heat, oxygen, the body’s enzymes and stomach acids, and are therefore not destroyed, digested or absorbed as they travel through your digestive system.

Because of this they reach the colon intact, where they promote the growth and function of beneficial lactobacilli and bifidobacteria in your gut.

Because of the Western diet many of us consume, we don’t get enough fibre to help maintain a healthy gut. In general we should be consuming around 30g of fibre daily, however the current average intake of fibre in the UK, for example, is around 18g/day.

Prebiotics are also available in the form of food supplements such as ‘fructooligosacharides’ (FOS) and inulin which, research shows, are the most beneficial types of prebiotics for feeding our gut bacteria.

Although they both have very similar effects in terms of promoting the size, diversity and physiological functions of our gut bacteria. Both of these can be naturally derived from chicory, they are naturally sweet and can be used as a healthy alternative to sugar when the powder is sprinkled over food such as porridge for example.

Pulses contain other complex carbohydrates like resistant and slowly digestible starch as well as other forms of oligosaccharides which also act as prebiotics feeding and encouraging the growth of healthy flora in the gut.

Probiotics are ‘perishable’ live bacteria; as they travel through the digestive tract they are easily killed by enzymes and acids in our mouth and stomach. Those that reach the lower part of the gut must compete with other types of bacteria present to get established. A high intake of the supplemental probiotic bacteria is therefore necessary to see any benefits.

When choosing a probiotics supplement we recommend ones that:

Probiotic supplement can be particularly helpful in conjunction with antibiotic therapy. While antibiotics tend to kill off beneficial gut bacteria, causing symptoms such as diarrhoea, probiotic supplements help to recolonise the intestines and prevent most of the gut side-effects of antibiotics. For similar reasons, they are equally good to have on hand to combat the food-poisoning bugs that cause “traveller’s diarrhoea”.

But supplements with live probiotics have a short shelf life and require refrigeration, and freeze dried supplements – which also have an expiration date – must be kept dry and at room temperature.

In order for probiotics to provide any health benefits, they also need to survive the harsh digestive process, an environment designed to kill bugs that may cause illness, which is why most now come in capsules and enteric coated pills designed to resist stomach acids and reach the colon intact. Probiotics supplements also have the advantage being manufactured to deliver a minimum effective dose of live bacteria.

You can also get beneficial live bacteria form your diet. Yogurt is the most well-known of these. A product of fermented milk, yogurt naturally contains probiotics from the species Lactobacillus bulgaricus and Streptococcus thermophilus. Additional live bacteria including the strains acidophilus and bifidus are commonly added to enhance yogurt’s probiotic content.

Some, however, contend that kefir is the better choice. Kefir is best made at home by made by adding kefir grains to milk, which causes a unique fermenting process to occur.

Avoid commercial kefir drinks unless they specifically say they contain live bacteria. Often these are sugary drinks with little real health benefits to offer. The flavour of real kefir is more tart than milk – similar to an unsweetened yogurt drink or buttermilk. Blending kefir with fruit to make a smoothie or pouring it over cereal, rather than drinking it plain, may make the taste more acceptable to some.

Foods that use lactic acid bacteria for the fermentation process also contain live probiotic cultures. That includes pickled vegetables such as the Korean specialty kimchi. Kimchi is spicy a condiment made from fermented vegetables including cabbage and carrot, mixed with seasonings such as hot pepper flakes, ginger, and salt.

Sauerkraut and lacto-fermented pickles are also sources of live bacteria. So are fermented soybean foods such as tempeh, miso, and natto.

A healthy, wholefood varied diet is arguably the best way to help maintain a healthy gut. But the bottom line is that although feeding our bacteria with prebiotics is important, it just as important to have the right balance of beneficial bacteria to be fed in the first place, which is why both probiotics and prebiotics are just as important as each other.

Both prebiotics and probiotics are necessary to ensure optimum gut health. [Photo: Bigstock]