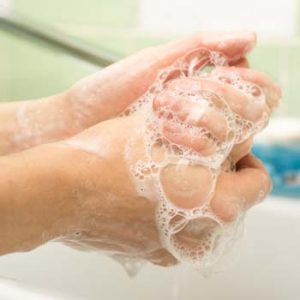 Being dirty isn't the opposite of being 'too clean', say experts. [Photo: Bigstock]

If being too clean makes us sick, why isn’t getting dirty the solution?

Today rates of allergic, autoimmune and other inflammatory diseases are rising dramatically in Western societies.

If that weren’t bad enough, we are beginning to understand that many psychiatric disorders, including depression, migraine headaches and anxiety disorders, are associated with inflammation. Perhaps the most startling observation is that our children are afflicted with the same inflammatory problems, contributing to the fact that over 40 percent of US children are on medications for some chronic condition.

And the cause, according to the “hygiene hypothesis,” is that being too clean causes a malformation of the immune system, leading to a wide range of inflammatory diseases. The original idea was that decreased infections in childhood due to hygiene led to a weak immune system, prone to become allergic and inflamed.

If the problem is that we are too clean, then, hypothetically, the issue can be easily resolved. We just need to get dirty, right? Wrong.

Getting dirty doesn’t help our immune system and generally makes inflammation worse. Much worse. That means there is something very wrong with the hygiene hypothesis.

» The hygiene hypothesis – that being too clean causes us to get ill – was on the right track; but as our understanding of immunity and inflammation grows, it may need some refining.

» This can effectively be achieved through lifestyle adjustments but crucially also through dietary adjustments.

Biodiversity is the real issue

What we actually have is a biodiversity problem. Our clean, indoor-centered lives and a Western diet rich in processed foods have depleted our biomes – the bacteria and worms that naturally live in our bodies, our guts in particular. These organisms play a role in the development and regulation of our immune systems, and scientists have identified the loss of biodiversity as being central to the high rates of inflammatory disease in the developed world.

The hygiene hypothesis was right…in its day

An increase in inflammatory disorders, like allergies, was first observed about 150 years ago among the aristocracy in Europe, then reached the entire population of the industrialized world by the 1960s, and seems only to have climbed steadily since then.

When trying to understand why inflammatory diseases increased in the late 1800s and throughout the 20th century, scientists put their finger on things such as toilets and water treatment facilities. In those days, having a toilet was “hygiene.”

But times change. After generations of living with toilets and water treatment facilities, some of the wildlife in our bodies has been driven to the point of extinction. Our loss of contact with the soil due to indoor working environments has further depleted the wildlife of our bodies. And the typical Western diet doesn’t help either.

Even if you were to never use soap again for the rest of your life, you would not recover the wildlife your body is missing. Many of the lost organisms of our body don’t exist in North America in the wild, and others you simply won’t come across in your daily life.

On top of tremendous social difficulties imposed by a lack of soap, you’d likely increase your exposure to a lot of aggravating and even dangerous germs. The bacteria and viruses deposited on your shopping cart handle or the light switch at a hotel are generally not good. Those are often the germs of modern society that cause infection and inflammation. Your immune system would remain inflamed, and perhaps be even more agitated than before.

So what exactly are we missing? For practical purposes, it’s important to divide the wildlife of our bodies into two groups: microbes and more complex organisms such as worms. Microbes and worms affect our immune systems in different ways and both are important to be healthy. Biodiversity is the key.

A healthy crop of microbes and a few good worms

What would the gut biomes in our hunter-gatherer ancestors have looked like? A study by Jeffrey Gordon at Washington University in St. Louis showed that people living in modern preindustrial societies had more diverse micriobiome compositions than people living in the United States today. Seventy bacterial species Gordon found in preindustrial people’s biomes were present in very different amounts from those found in the modern U.S. participants.

While each group may have been exposed to different kinds of bacteria in their day-to-day life, the primary reason for the difference in diversity was attributed to diet. The preindustrial folks ate a diet rich in corn and cassava, compared to a US diet rich in animal fat and protein.

And you might think that antibiotics are an issue, but they are usually less of a long-term problem for biodiversity. They can deplete bacteria in the gut microbiome, but the dangerous and disease-inducing tailspin is generally temporary. The microbiome usually recovers quite nicely, for the most part, although some lingering effects can remain.

The second group of organisms that we need are intestinal worms called helminths. These worms are called mutualists, because they benefit from us and we benefit from having them hanging around in our intestines. They used to naturally live in our gut. In fact, only 150 years ago most people in the West had intestinal worms that helped regulate immune function and prevent inflammatory disease. The culprit here isn’t diet, but cleanliness and sanitation.

If getting dirty won’t help your biome, what can you do?

When it comes to bacteria, a healthy diet is the critical ingredient. We can actually achieve a good mixture of gut bacteria very similar to that of our hunter-gatherer ancestors by adopting a good diet high in fiber and low in processed foods. The right diet helps the good bacteria in your gut flourish, and might make it easier for new varieties of good bacteria to take root.

In addition, there are some products that might, in theory, support a more hunter-gatherer-like bacterial flora, by exposing us to the kind of bacteria we don’t encounter anymore, but they haven’t been tested in clinical trials.

Probiotics, generally formulations of bacteria such as bifidobacteria and lactobacilli that grow readily in milk, are safe to use unless patients are severely ill. They could help support biodiversity in our guts if we need to take antibiotics.

Worms are a bit more challenging. There are two schools of thought on how to help helminth-less guts: one is to figure out what makes good worms good for us, and develop a drug that can do the same thing. The other is just to have these good worms living in your intestines.

Personally, I don’t think we can replicate complex biological relationships using a drug. My view is that modern medicine will eventually embrace the actual worm or maybe complex single-celled organisms called protozoans that work the same way, but research in this field is still in the early stages of development.

In the meantime, some intrepid people are going straight for the worm. As in actually acquiring worms in their gut. The challenge for these adventurers is to find a worm that has more benefits than disadvantages.

For instance, the same species of worm can have different effects in different people. The human hookworm, for instance, is commercially available and easily cultured at home. It has been found to treat multiple sclerosis and severe airway hypersensitivity but can also cause severe gastrointestinal distress in many patients.

For now, most individuals interested in immune health will focus on those factors that are risk-free, like avoiding chronic psychological stress, eating well and exercising, and watching out for vitamin D deficiency. These factors, all within our control, are important for avoiding a wide range of inflammation-related diseases, including allergy, autoimmunity, depression and cancer.

Being dirty isn't the opposite of being 'too clean', say experts. [Photo: Bigstock]